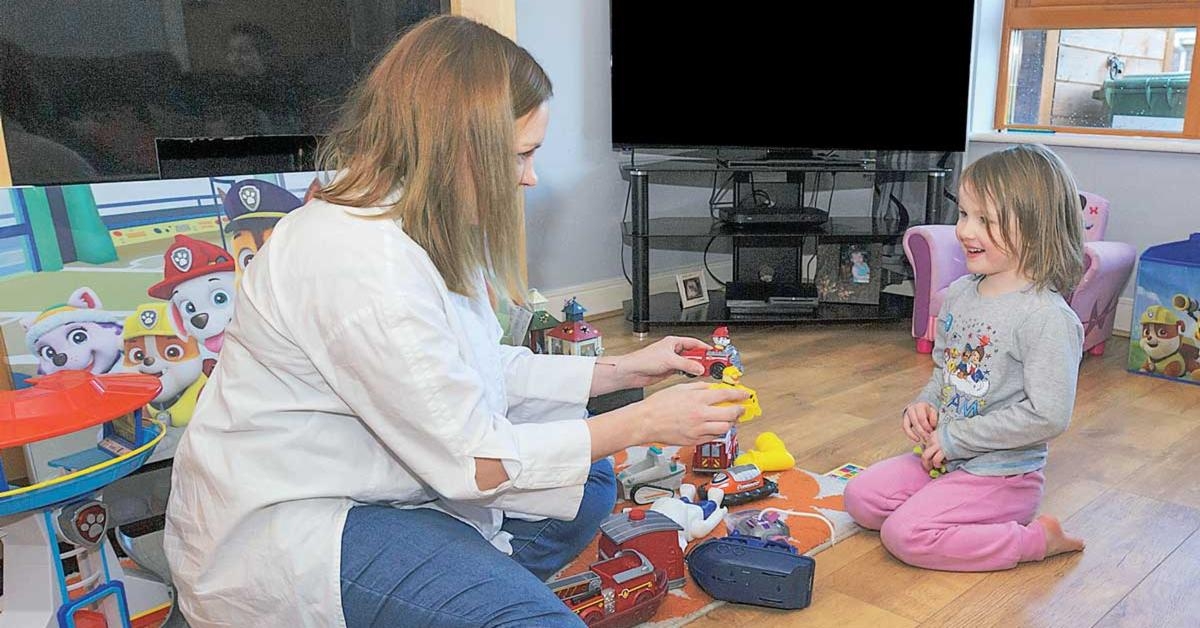 OVER the course of four years since it was first established, Social Circle has been supporting local families with autism and The Echo chose them as our charity partners for this year’s annual fundraiser.

With a goal of €3,000, The Echo staff cycled for twelve hours straight from 9am to 9pm, on Thursday (November 29) with a whole host of local celebrities helping to peddle in The Square Town Centre.

Social Circle are a parent-led group that are focused on providing social, sporting, and cultural activities for local children on the autism spectrum, and their families.

Two families that have felt the warm support of Social Circle, founders Mairead Mekki and Laura Hegarty, have spoken out about the impact they have had on their lives.

One family that benefits from Social Circles engaging activities are the Reilly’s from Tallaght.

Caroline Reilly gave birth to twins, Lola and Olivia four years ago with the former being diagnosed with autism when she was two.

“We noted changes in Lola’s behaviour just before her second birthday, she lost all of her speech and had no eye-contact so we knew there was something going on,” said Caroline.

With four daughters aged between four and 14, Caroline had expressed denial with Lola’s diagnoses saying: “I did take it very hard at the time and I knew going in to meet the psychologist that they were going to tell us it was autism, but I just kept thinking that it couldn’t be my little girl.

“It can be very frustrating because your child is on the floor throwing a tantrum and you just don’t know what to do, so you start questioning yourself.”

With twins, Caroline told The Echo about the difficulty in seeing them both growing up together, noticing the differences between them because of Lola’s autism.

She continued: “I could see the difference in Olivia, like she was so much further ahead of Lola, and it is really really hard to see the physical differences in them.”

Caroline was introduced to Social Circle last year after attending a Tallaght Parents Autism Support Group meeting. After initially feeling apprehensive she has since felt the benefits throughout her entire family.

“I started going to the parent’s yoga with Social Circle and then to their Let’s Play activity, and it seriously helped my confidence in my ability.

“Before we were a family divided by autism because Lola couldn’t do certain things that the siblings wanted to do and my husband would bring them off to the activity and I’d have to stay home with Lola – or vice-versa.

“Going to Social Circle’s group activities honestly is helping bring us back together as a family because we can do all of our activities as a family.”

Donations can be made here.