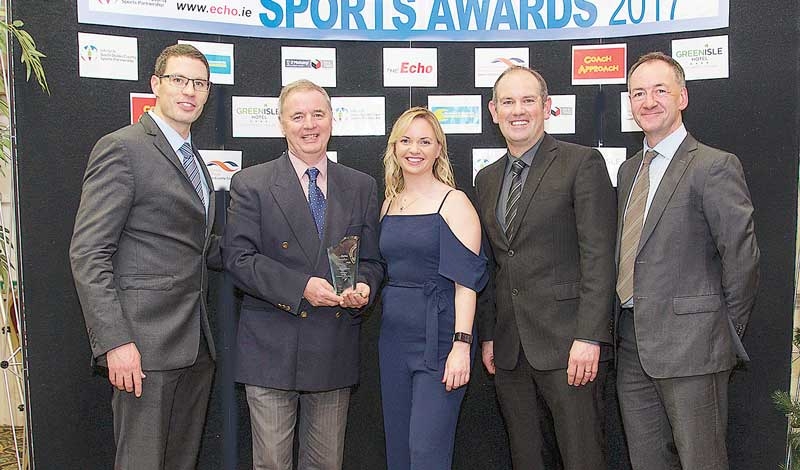 The importance of volunteerism cannot be overstated when it comes to the success of clubs, teams and athletes.

And the winner of the ‘2017 Volunteer of the Year’ Award at The Echo 2017 Sports Presentation Night has underlined that sentiment having proven vital to the future progress of his club.

Indeed Anthony O’Brien achieved a remarkable feat for Bluebell United when, after years of research and negotiation, he secured the club some six acres of land for the price of €10.

This massive coup for the club could pave the way for the development of an all-weather and grass pitch as well as a stand.

Anthony has worked with so many soccer clubs and in so many capacities down through the years.

He was a physio with Ballyfermot United for a long time before moving to CIE Ranch and then to the League of Ireland with Kilkenny City and Home Farm Everton.

Martin Bayly brought him to his current club Bluebell United back in 1998. There he has served the club in roles such as physio, chairperson, secretary and PRO.

“I was thrilled,” said Anthony after picking up the ‘Sports Volunteer of the Year’ Award in the Green Isle Hotel last week.

“It was a great feeling to have your achievement recognised on a night like that.

“I saw a lot of volunteers there on the night who work very hard for their clubs and if it wasn’t for volunteers like that, there would be no sport,” he insisted.