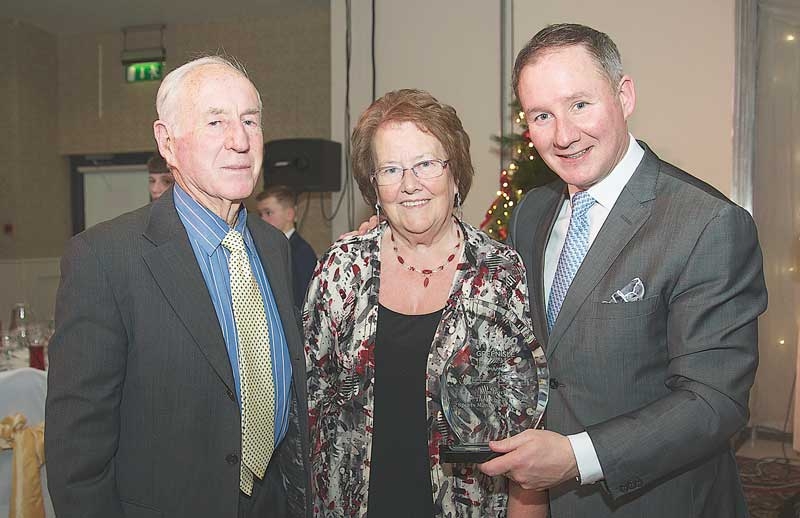 After leading the Dublin Senior Football Team to three successive All-Ireland titles, Jim Gavin was declared The Echo 2017 Manager of the Year.

The Clondalkin man has turned the Blues into a consistent machine that has dealt with every hurdle in its way in All-Ireland competition since 2015.

In lifting the Sam Maguire Cup yet again this season, the Blues made it three-in-a-row – a feat not recorded by the county since way back in 1923.

The team kicked off another winning campaign with victory over Carlow before beating Westmeath en route to the Leinster decider where they saw off a tough challenge from Kildare.

Surmounting the challenge of Monaghan in the All-Ireland quarter-finals, Gavin’s men really turned it on in the semi-finals against Tyrone before clinching the coveted prize after a titanic battle with Mayo in which an injury-time free by Dean Rock was all that separated them at the final whistle.

Picking up ‘The Echo Manager of the Year’ Award in the Green Isle Hotel last week, Gavin said  “Thanks very much to The Echo and to all the sponsors for this event.

“It’s just a privilege to accept this trophy on behalf of the Dublin Senior Football team. It’s the players who do all the hard work.

“It’s always tough. Nobody hands out championship titles these days and all those victories in the past have been earned.

“So we know what it took in the past and the challenge for us is to keep innovating, keep striving forward and growing as a football team because we know our competitors are that close behind us.

“That is the challenge for us. In the National Football League we’ll try a few things out and then we open up in late May for our first championship game.

“We have it all to do, but the one thing I can say to our great supporters is we’re going to work really hard again in 2018 and, please God, we’ll be there or thereabouts towards the end,” he concluded.