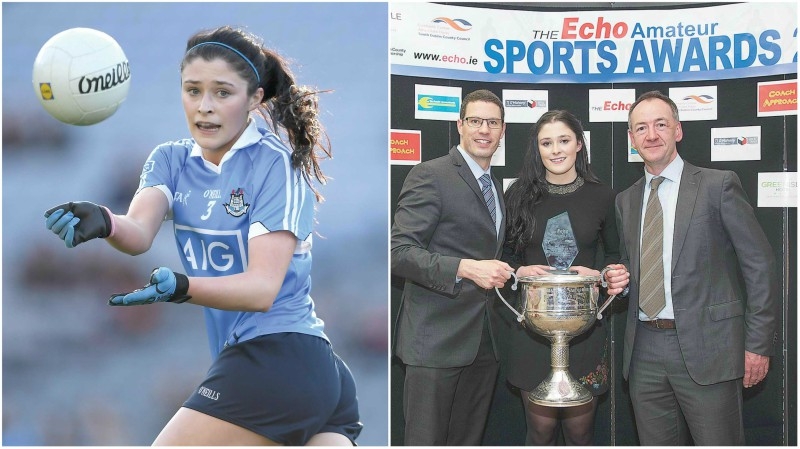 The Echo paid tribute to the tenacity of the Dublin Senior Ladies Football Team with their ‘2017 Leading Light’ Award.

After losing three successive All-Ireland Finals, Mick Bohan’s team finally managed to take that final step on the road to the title after beating Mayo in the decider.

Picking up The Echo award on behalf of the team was Dublin and Thomas Davis player Olwen Carey.

“It was an honour to be asked to represent the Dublin Ladies Team here at The Echo Sports Awards, and we’re delighted to get the award as well and the support you have shown us all throughout the year,” she said at the close of the presentation night.

“We were delighted after the [All-Ireland] win. A lot of us were probably relieved at first because of the hurt after the last three years, so it’s just been an enjoyable last few weeks.

“Hopefully we can do it again, but we know the way Ladies Football is constantly developing that we’ll always have a lot of top teams competing for the All-Ireland Final, so we know we’ll be up against it next year as well,” she stressed.