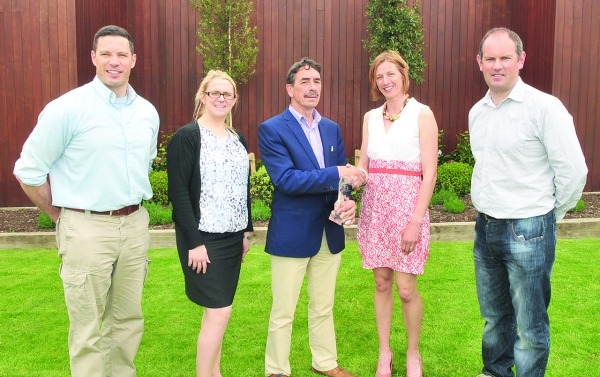 Echo Sports Star and Team of the Month for April announced

It marked the latest feat in a great season so far for the Lucan athlete who made a great start to the year by setting a new National Over 40 indoor record in the 1500m with a time of 4.46 when she competed in the National League.

She continued on to win the Leinster Senior 800m in 2.18 which also marked a new National Over 40 indoor record.

Fitzgerald will be unable to contest the World Masters Championships this year given that the competition is taking place in Perth, but she has plenty to look forward to on the domestic front over the remainder of the year.

Turning her attention to the outdoor season, she has been racing in a number of graded meets with the focus primarily on the National Masters Track and Field Championships which will take place in August.

Certainly one of the stars for Lucan Harriers, she will be hoping to make the podium at this event.

THE MONTH of April saw Loreto Hockey Club’s Women’s Firsts achieve their primary goal this season of promotion to the EY Hockey League.

After topping Pool B in the qualifiers with three wins from three, the Beaufort side then beat Lurgan 3-1 in the semi finals before dishing out a 2-0 defeat to Belfast Harlequins in the promotion final the following day.

Leading his side to the top ranks of Irish women’s club hockey for next season was the fulfillment of the Number One objective for Loreto coach Paul Fitzpatrick whose team had captured both the Leinster League Divsion One and Jacqui Potter Cup titles along the way.

It was a tremendous run for the squad, the future of which Fitzpatrick believes, is very promising.
“We have 12 players who are Under 23 and many of them have grown to become an integral part of the team.

“Many of the players are in their first and second seasons competing at this level and so the EYHL will be a big step up for them next year.

“The likes of Hermes and Pegasus have players with six to eight years experience playing at this level and that’s very important to have, but we hope to be competitive” he concluded.