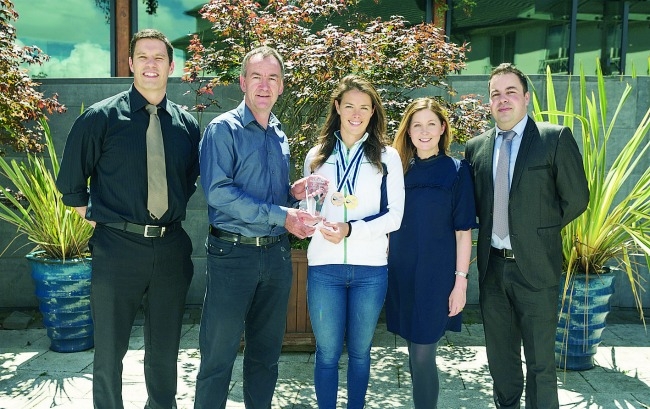 Echo Sports Star of the Month May 2017 – Jenny Egan

LUCAN kayaker Jenny Egan returned to the top of the ICF World Cup podium in May after she won gold in the Women’s K1 5000m event at Montemor-o-Velho in Portugal.

What’s more, she also made her first World Cup K1 200m Final in which she finished ninth and just missed out on the K1 500m Final by 0.07 of second.

The achievement was made all the more remarkable given that she had suffered from ear and throat infections that had ruled her out of contesting a couple of races earlier in the year.

Egan followed that up a couple of weeks later with a 5000m bronze at a very intense World Cup meet in Belgrade.

Clocking a time of 22.35.600, Egan finished behind Spain’s Laia Pelachs and winner Alyssa Bull from Australia having had to contend with the hot conditions and a recurring neck injury in the process.

Next up for the Lucan competitor will be the European Championships in Bulgaria in mid July and she will be hoping to replicate the form that earned her bronze at this event two years ago.