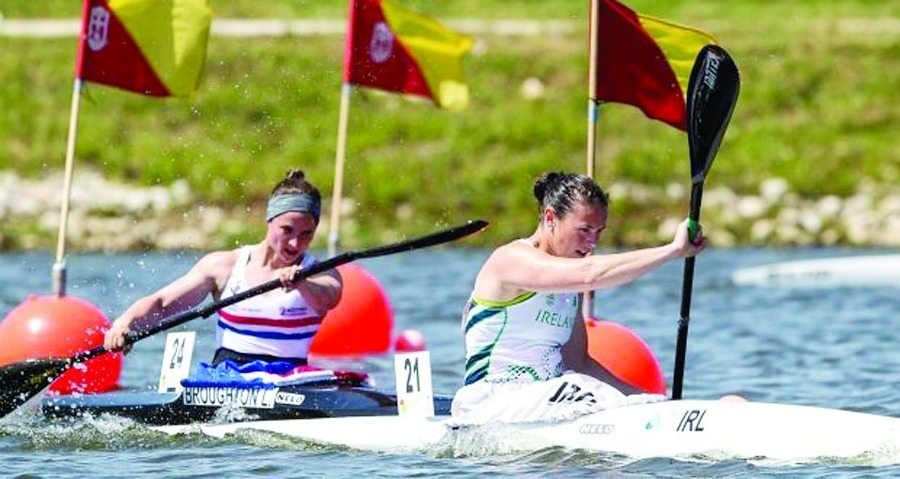 Replicating her feat at this very competition and at this very venue last year, the Lucan kayaker also made her first World Cup K1 200m Final in which she finished ninth and just missed out on the K1 500m Final by 0.07 of second.

The achievement was made all the more remarkable given that she had suffered from ear and throat infections that had ruled her out of contesting a couple of races earlier in the year.

But she fought back strongly in Portugal especially in a strength-sapping 5,000m contest that saw her surmount the challenge of closest rivals Estefania Fernandez of Spain and Britain’s Lizzie Broughton.

“It was warm, humid and there was a bit of wind that made it that bit more bouncy” recalled Egan who came home in a time of 22:52.8 for top spot on the podium.

And while she is delighted with another 5,000m gold, Egan will be very encouraged by her form in the shorter races.

“My main focus has been improving on my Olympic distances, the 200m and 500m,” she told The Echo.

“But I have such a strong endurance base there with a lot of my training in Ireland having been endurance-based, so that helps me.

“Usually I would have competed in England at the start of the season, but I missed that through illness, so the 500m was my first race and I was bit nervous because I didn’t know how I’d do.

“I just missed out on the Final in that by a hair’s breadth and, while I was disappointed at that, I still had to draw on the positives from my performance.

It sets her up nicely for the World Cup 2 in Szeged in Hungary this weekend when she will compete over the 200m and 500m before then heading to Belgrade for another full programme in World Cup 3 competition.

Following that, she will engage in a five-week training block in the lead-up to the European Championships in Bulgaria in mid-July with the World Championships taking place in the Czech Republic the following month.