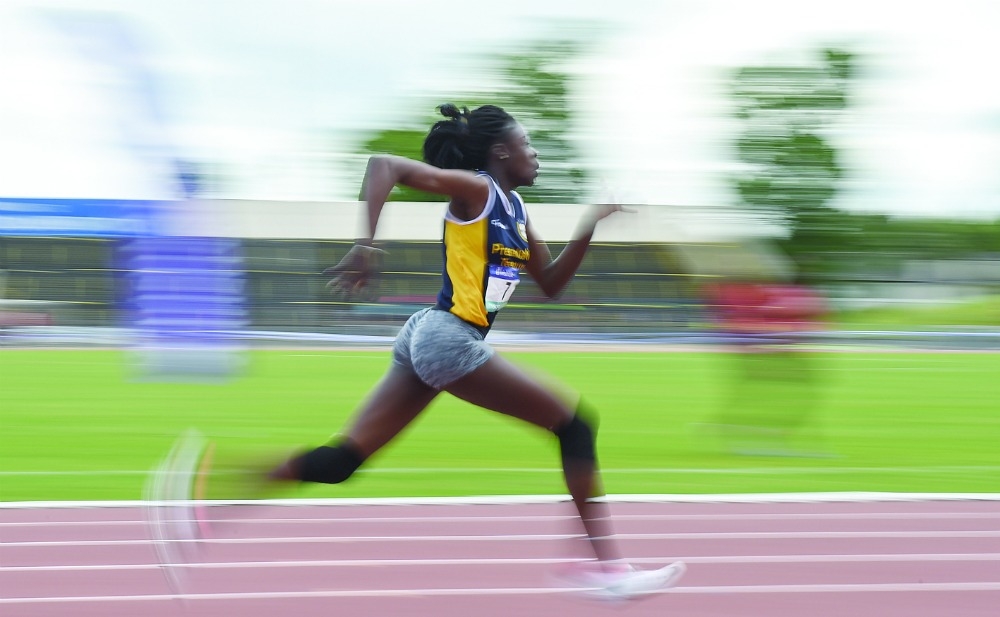 LOCAL schools had plenty to celebrate at the recent Leinster School Track and Field Championships.

The star performer of the event was undoubtedly Presentation Terenure’s Rhasidat Adeleke, who captured the sprint double, winning the 100m title ahead of Yemi Talabi of King’s Hospital.

She then followed it up by claiming Junior 200m gold, after comfortably seeing off the challenge of closest rival Laura Gallagher.

The Tallaght Athletic Club athlete is enjoying a remarkable season thus far, having recently captured the Women’s Under 16 Juvenile title at 200m, with her record time of 24.44 beating the qualifying standard for the European Youth Olympics.

Her fellow Terenure schoolmate Jennifer Hanrahan also tasted success in Morton Stadium, finishing first in the High Jump, with a winning height of 1.45m and third in the Long Jump.

Top of the pile in the Mile was Jennifer McAdams of Holy Faith Rathcoole.

They were not the only ones to double podium at the event, with Antionette Shodiya of Kings Hospital finishing second in the Minor 100m and third in the 500m.

Others to medal in the girls division were Viviana McCann of St Joseph’s Lucan who finished third in the 1100m race, Amy Callaghan of Our Lady’s Greenhills who finished second in the Javelin, and Anne Burke of Lucan Community College, and Eilish O’ Neill of Loreto Beaufort, who claimed second and third respectively in the 1500m Steeplechase.

In the girls’ team events, Loreto Beaufort finished second in the 4x100m Relay.

In the minor section of the same event, James Caullier of Kings’ Hospital earned second place.

There were also second place finishes for Moses Ikpefua of Holy Faith Rathcoole in the Minor 100m contest, and Evan O’Toole of Good Counsel in the Minor High Jump.