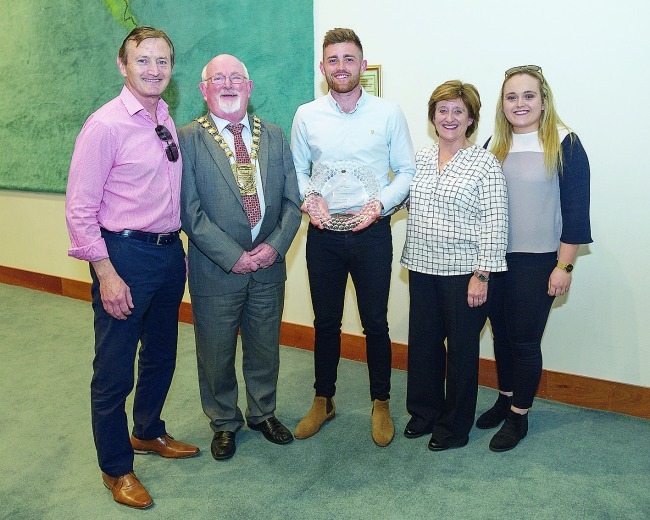 GLENANNE and Ireland senior international hockey star Shane O’Donoghue was honoured for his achievements in the sport with a reception in South Dublin Council Chamber on Monday.

Indeed the Knocklyon man has enjoyed a huge amount of success at club, provincial and inter-national level.

Nominated for the ‘FIH Rising Star’ Award in 2015, O’Donoghue twice helped KHC Dragons to the Belgium National title during which period he won a European bronze.

He played a major part in Ireland winning gold at World League 2 in San Diego, picking up the ‘Player of the Tournament’ Award there.

He captained Leinster to the Under 21 Inter-provincial title in 2012 and 2013 and also skippered Ireland’s Under 21 European Champions.

He is back playing with Glenanne, a club with whom he won the Irish Senior and Neville Cups and played in the EHL.