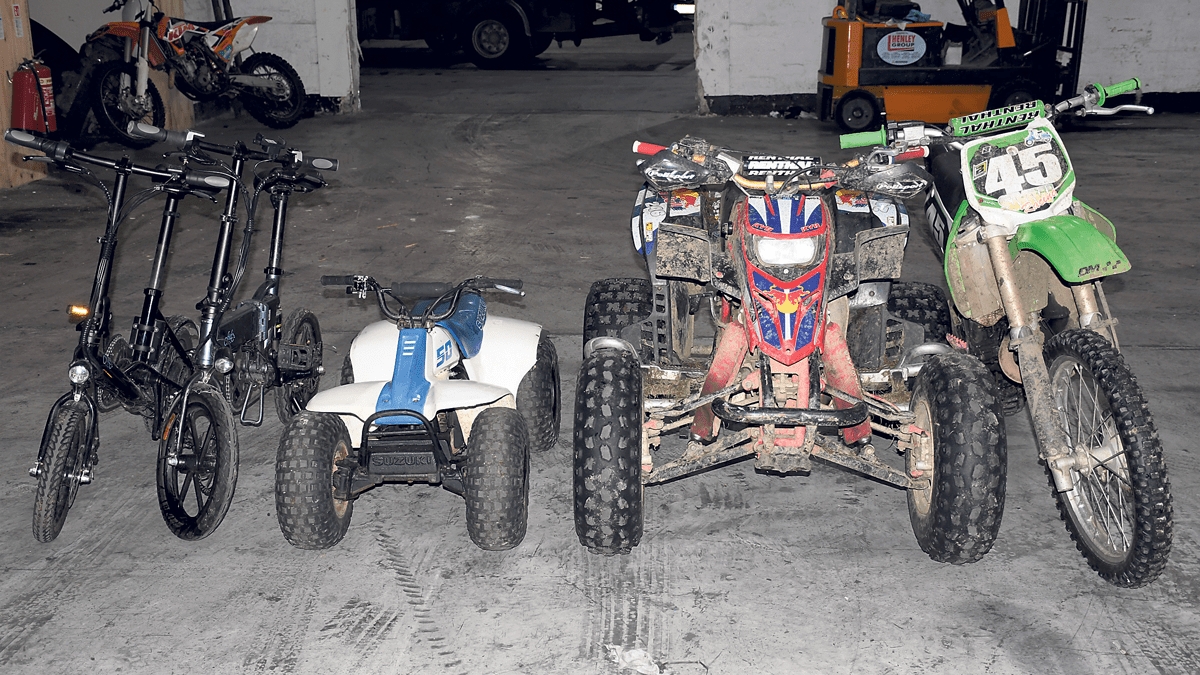 EIGHT people were arrested following a garda investigation into the dangerous and reckless use of scramblers in public parks and roads in the Ballyfermot area.

Gardai conducted a serious of searches under warrant at addresses in Ballyfermot on Wednesday morning, which resulted in the seizure of a scrambler, two quad bike, two e-bikes and heroin with a street value of €3,000.

Some of the bikes and scramblers seized by  Gardai

Eight youths were arrested as part of the operation.

Four adults and one youth were facing charges arising from the dangerous use of scramblers.

They were due appear before the Courts of Criminal Justice on Wednesday.

The operation follows the arrest and questioning of a youth on Monday, in relation to an incident last September 17, when a one-year old child was hospitalised after being hit by a scrambler bike in Cherry Orchard

A file is under preparation for the DPP in respect of this incident.

According to gardai, the operation focused on damage cause to Dublin City Council parks and dangerous driving on public road thoroughfares.

“There is ongoing liaison between DCC and An Garda Siochána in an effort to address anti-social behaviour and criminal activity affecting quality of life of local communities,” said a Garda spokesperson.

“Gardai at Ballyfermot want to reassure the community of their resolve in addressing the use of scramblers and seek their support through the reporting of incidents in the area.”

The Echo understands Dublin City Council will be writing to a number of tenants to arrange an interview following the seizures.