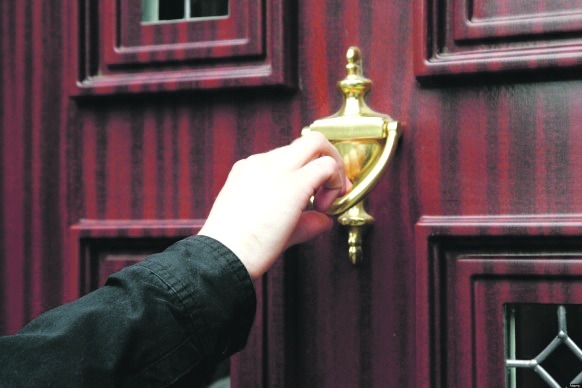 Elderly preyed on with bogus ‘services’ being offered at their door

GARDAÍ have warned residents to be vigilant due to a number of bogus “services” being offered to people in Palmerstown and Lucan.

In the last week, elderly residents in Palmerstown were targeted by people offering gutter-cleaning and roofing work.

Both Palmerstown Neighbourhood Watch and local gardaí have stressed that legitimate businesses call door-to-door, but they advise using reputable companies.

Mr Hayes said: “I think it’s quite a startling situation that whoever it is, are targeting mostly houses with elderly people or women. They are not dropping leaflets into every house. Last week, a guy deliberately picked an elderly resident in Riversdale, and within minutes had her outside and two doors down the road with her front door wide open.

Within five minutes he was in her back garden and told her her roof was broken, and it would cost €350 to get supplies, without even looking at the roof. She said she didn’t have €350 and he asked her how much she had.

“She thought everything was okay, but luckily a neighbour intervened and questioned the man, who took off. Without this, she would have been conned.”

A number of other residents subsequently contacted Hayes with similar stories after he posted a warning about the issue on social media.

“If challenged they leave, but no credible tradesperson will flee,” said Hayes, who urges neighbours and be “helpfully nosey.”

Hayes continued: “Advice we give is call them, don’t do door-to-door work. Try to use reputable tradesmen knowing they will stand over their work.”

A spokesperson for Lucan Garda Station said: “There are a number of people going around offering services to the public in West Dublin. As to what they are doing, it’s a matter of conjecture.

“Advice would be to use a reputable company – where there is comeback in relation to work carried out. If doing door-to-door work you leave yourself wide open.”

Gardaí say legitimate tradesmen and businesses also do leaflet drops but urge people to call them if they are suspicious.