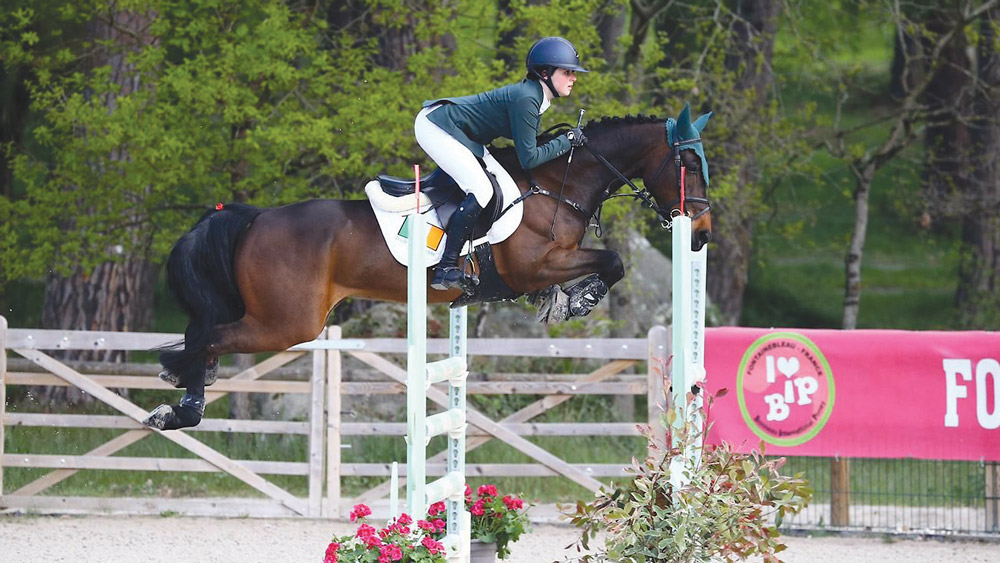 FROM Fettercairn to Fontainebleau, 15-year-old Ella Stynes did Ireland and Tallaght proud finishing sixth at the International Pony show in France last weekend.

A third-year student in Firhouse Community College, Ella travelled to Fontainebleau, France, with her dad Andrew to compete in the International Show with her six-year-old pony, Mo Chara.

Ella began riding at the age of five in Fettercairn Youth Horse Project and Rathfarnham Equestrian before getting her rescue pony, Poppet, when she was ten years old. Andrew, along with his friends Stephen Nolan and Leeann Bryan, bought Ella’s horse Mo Chara two years ago when he was a four-year-old pony.

In the competition in France last week, Ella jumped with Mo Chara on Thursday, Friday and Saturday, finishing second overall in her class on Friday and sixth on Saturday with clear rounds every day.

“They got on fantastic – they never knocked a pole in the three days of jumping,” said Ella’s proud dad, Andrew.

“We were delighted, we placed two of the days. She was first of six-year-old ponies and second from six and seven-year-olds on Friday and she came sixth overall in the class on Saturday.”

Despite having a clear round on Saturday, Ella missed out on the jump off by .4 of a second.

“She is an inspiration to others and deserves all of the recognition for her talent and hard work,” added Andrew.