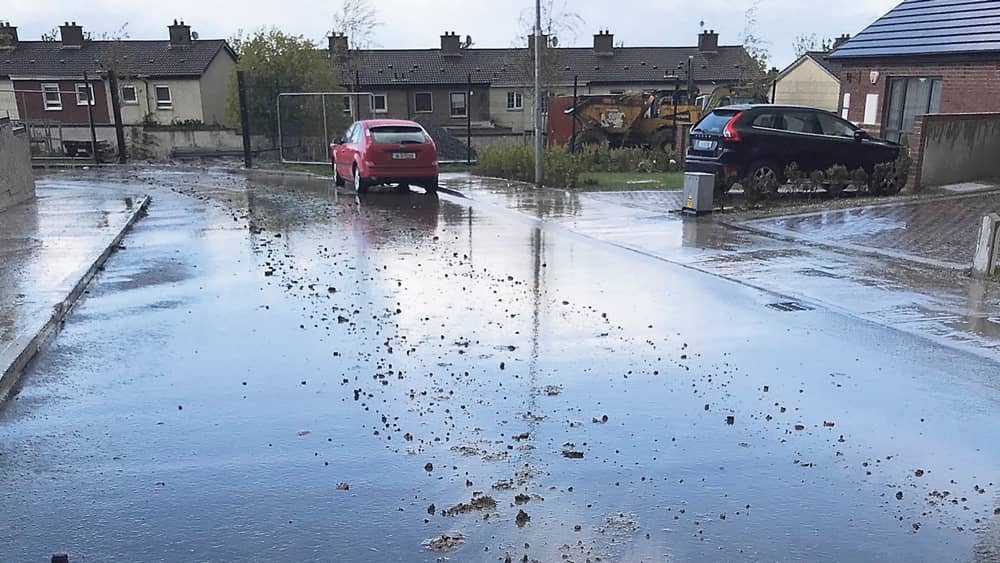 THERE is further frustration and concern amongst residents as work at the construction site in Killinarden continues.

As reported in The Echo recently, a construction site at Elder Heath, Killinarden was causing anger for a resident in the area, as there was not consultation ahead of commencement of the construction and they have been left with a mess.

According to the planning permission application that was approved by South Dublin County Council, the residential development at Killinarden Heights will consist of 16 two storey houses comprised of one four bed detached house, six three bed semi-detached houses and nine two and three bed terraced houses.

A second resident told The Echo that as work on the site has been taking place, their estate has become an “unsafe area”.

The resident says that they were also not consulted about a site entrance being put on Elder Heath Drive and are now faced with diggers driving on the road in front of their home.

“We have heavy construction vehicles constantly going up and down Elder Heath Drive so it’s unsafe for kids to be out playing on the road,” said the concerned resident.

“We had a digger driving up the road at 8am last Saturday waking up the kids they obviously don’t care about the noise they are creating or about the residents.”