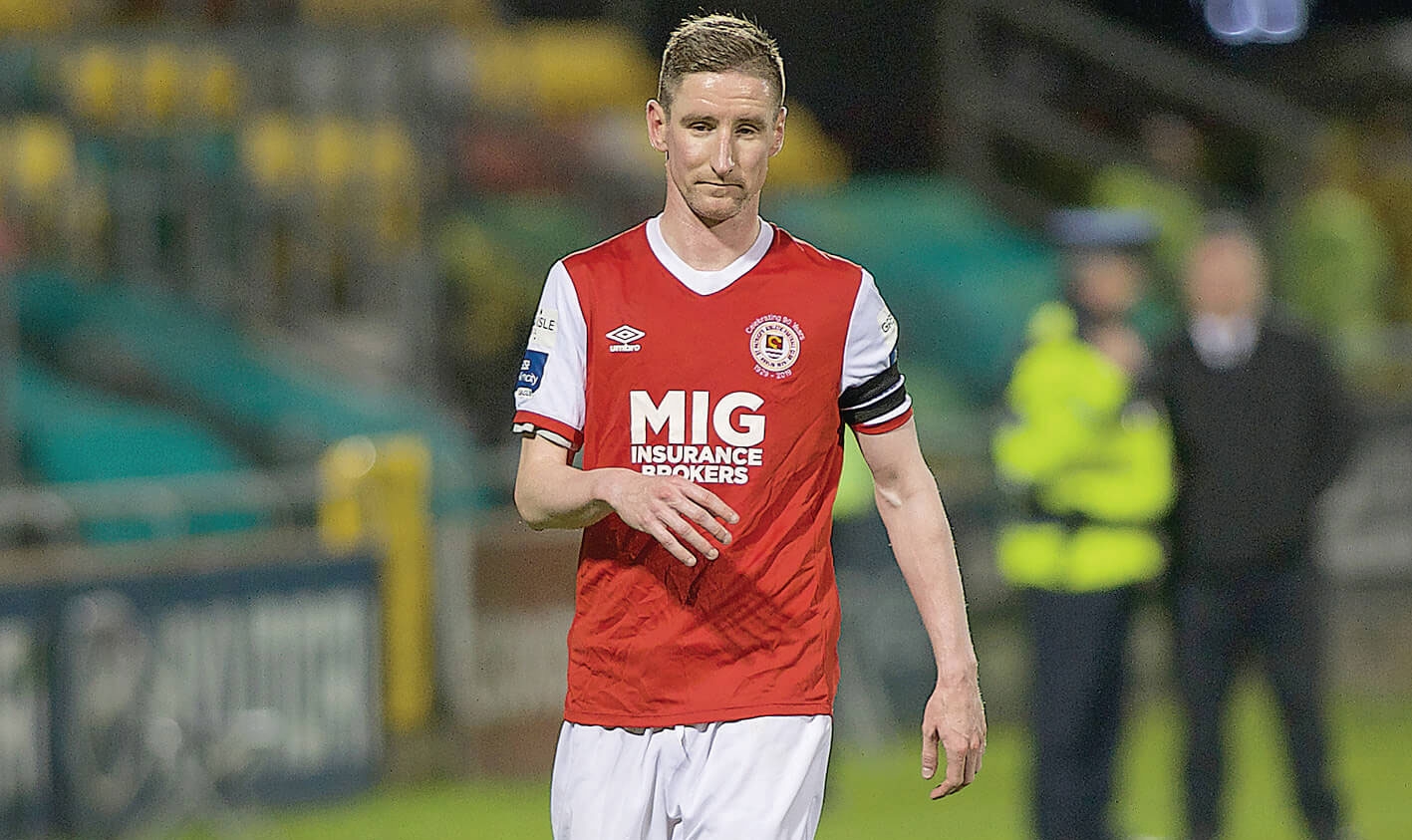 “Europe is still on our radar”- Bermingham

ST PATRICK’S Athletic defender Ian Bermingham insists the Inchicore side still have their sights set firmly on securing a return to European football.

Harry Kenny’s outfit currently sits fifth in the Premier Division with a tough week ahead that will see them face three of the top four sides, Bohemians, Derry City and leaders Dundalk.

“I said at the start of the season that Europe was our priority and we’re still well capable of getting there.

“Inconsistency has been killing us. We’d win a couple and then lose or draw one, but we’re working hard to get that.

“We’ve dropped some silly points. It’s a head-wrecker but, look, every team is going to have their blips. A few weeks ago they were ready to hand out the title to Rovers and Dundalk have made up 13 points on them I think.

“Dundalk had their blip at the start of the season, Bohs and Derry will have theirs. Hopefully we’ve had ours and can push on, but it’s going to be tough week for us. We’ve got Bohs and Derry coming up and then Dundalk after that.”

Next up for Pat’s will be the visit of Bohemians to Richmond Park tomorrow night when a bumper crowd is expected with tickets selling fast.

With just a goal having separated the two sides in their last meeting in March in Dalymount Park, Bermingham is hopeful Pat’s can turn the tables on the highflying Gypsies

Recalling their last encounter, Bermingham said “We were well on top against Bohemians until Brandon Miele had to go off injured and that killed our momentum a bit.

“We conceded a sloppy goal and they held on for the win, but in the first half we were really on top.

“Bohs have had a great start to the season and they’re well up there for a reason” he added.

That game will be followed by another big home tie against Derry next Tuesday, just 11 days after they battled out a 1-1 draw at the Brandywell.

“We had lost the two previous games so it was a huge to get a result there. If we hadn’t they [Derry] would have gone seven points ahead of us and that would have been massive from their point of view.

“But as it is, they’re still in touching distance and hopefully we can get a good result against Bohs that will leave us on a sound footing for that game” he said.