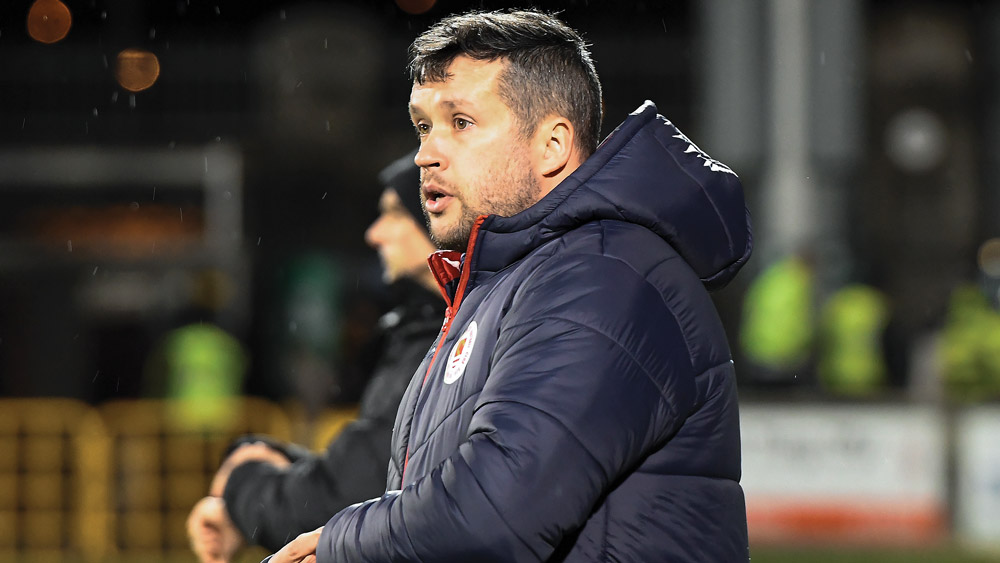 St Pat's boss, Tim Clancy has seen his side upgraded to the second round of the Europa Conference League qualifiers

European boost for the Saints

AS THEY look to get their SSE Airtricity League Premier Division campaign back on track against Drogheda United at Head-In-The-Game Park tomorrow evening (kick-off 7.45pm), St Patrick’s Athletic have received a significant boost on the European front.

Following UEFA’s decision to ban Russian clubs from their competitions, Pat’s have been upgraded to the second round of Europa Conference League qualification.

The Saints secured a spot in European football’s third tier as a result of finishing second in last season’s Premier Division and winning the FAI Cup final.

While this now means the Inchicore men are just three rounds away from the Conference League group stages, they are also set to gain financially from this upgrade.

Indeed, they are guaranteed a sum of €450,000 by virtue of being in the second round and would garner a ring-fenced tally of €850,000 if they made it through to the third round.

As welcome as this news is, Saints boss Tim Clancy will be focusing on the domestic front for the time being, particularly after suffering a comprehensive 4-0 defeat at the hands of pace-setters Derry City at Richmond Park on Friday.

Tomorrow’s game is set to be an special one for both Clancy and Pat’s attacker Mark Doyle, who departed Drogheda in favour of a switch to South Dublin in December of last year.

Both are held in high esteem in the County Louth club as a result of their First Division promotion campaign in 2020 as well as for subsequently helping them towards top-flight safety in 2021.

But Clancy will be desperate to earn the points on offer against his former side in the wake of such a disappointing performance against Derry.

And as it turns out, fifth-place St Pat’s will have a quick renewal of acquaintances with the latter in a rescheduled league meeting at the Ryan McBride Brandywell Stadium on Monday (kick-off 7.45pm).