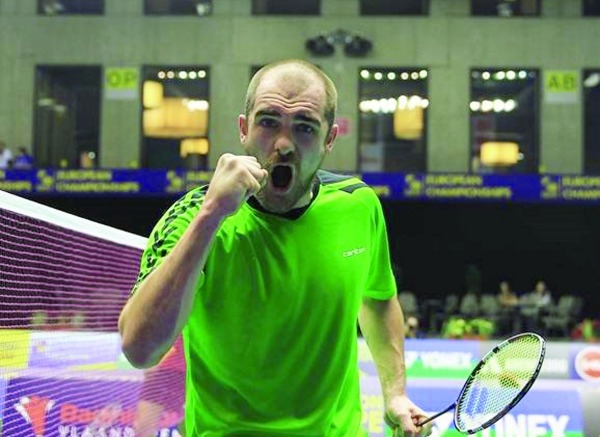 SCOTT Evans was pipped for the FZ Forza Irish Open Badminton title after losing out to Germany’s Fabian Roth in the final at the Sport Ireland National Indoor Arena.

The Dundrum man narrowly lost the opening set 22-20, but managed to restore parity with a superb performance in the second to win convincingly 21-9.

Yet the three-time Olympian was unable to maintain that momentum in the third and final set, losing out 21-15.

Evans, who won this competition back in 2012, secured his place in this year’s decider after seeing off the challenge of Spain’s Pablo Abian in the penultimate rounds.

Speaking to RTÉ after his loss, Evans said “It’s been a while since I’ve played five games in three days, so I could definitely feel that I had played a couple of matches here this morning when I woke up. But it’s only in the mind and I tried to do what I could to put that aside and focus on today,” he added.