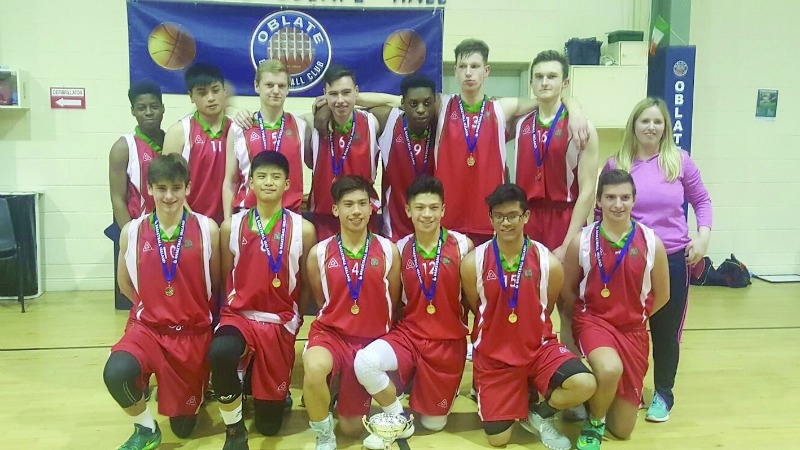 ADAMSTOWN Community College Under 19 Boys Basketball team are back on the national title trail again.

Less than a year after landing the All-Ireland Under 19C Schools prize, the team has moved up to Under 19B and clinched the Dublin crown by way of a 53-50 point victory over Coláiste Pobail Scoil Setanta from Blanchardstown.

It marked their second victory over the northsiders this season, having met them in the round robin series earlier in the campaign.

In what was a very close contest in the county title match, Captain Lourd Valenzuela and his brother Eduard turned in particularly outstanding performances.

Mikus Salna was superb in defense, while Chiolo Anonuevo, just back from playing with the Ireland Under 16 squad in Belarus, also performed well.

The team, which is among the contenders for The Echo’s 2016 Team of the Year title (to be announced tonight in the Green Isle Hotel) will now turn their attention to next month’s All-Ireland play-offs in the hope of making it back to back national titles.