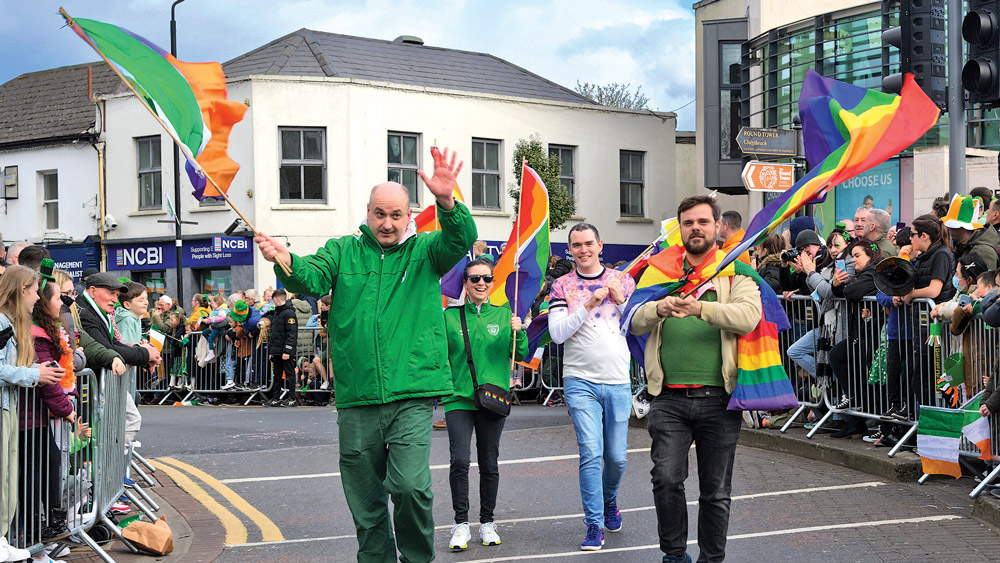 ‘Everyone deserves the chance to live their lives’

In an unrelated incident, rugby player Evan Somers, 23, from Lucan, was violently assaulted on Dame Street in the city centre by a man who used a homophobic slur before he began assaulting him.

The South Dublin LGBT+ Network have advised all of their members, and gay men everywhere, to be careful in the wake of the violent incidents, but to remain defiant.

Chairperson of the South Dublin LGBT+ Network, Gerry Curran, said: “We have become used to living open and free lives as gay people in Ireland.

“We refuse to do otherwise, and will face down the purveyors of hate who stoke up lies and fear, from the shadows of social media and groupthink.

“We will maintain our right to add greatly to the society we live in. There will be no retreating to the past.

“No fear or attempts at shaming will make us leave the public sphere we enjoy so much, and contribute so much to as equal citizens.”

The Mayor of South Dublin County, Cllr Peter Kavanagh, also condemned “all acts of homophobic and transphobic violence”, while offering his support to the LGBTQIA+ community.

“My heart is saddened by the tragic and terrible deaths of Aidan Moffitt and Michael Snee, who were brutally murdered in Sligo,” said Mayor Kavanagh.

“Just as the country rallied together in a shared sense of anger and frustration at the murder of Ashling Murphy, so must we now come together and express our support and solidarity to the LGBTQIA+ community, and condemn all acts of homophobic and transphobic violence.

“Everyone deserves the chance to live their lives and be themselves, and we have a moral obligation to stand up for anyone suffering from bigotry and discrimination, before we see another horrific hate crime in Ireland.”

“The need for security extends to our online presence, and the use of dating sites needs to be accompanied by common sense,” stated the Network.

“Don’t meet people with no face-pics on their profile, or who don’t send them in messages. It’s even better that they offer you a link to other social media they are on – so you can see they are who they say.

“Take screen grabs of the details of who you are meeting, share with a mate, or e-mail them to yourself. Meet in a public venue.”

To anyone locally feeling they need some emotional support, the National LGBT+ helpline is open seven days a week on 1800 929 539.

“I would urge anyone who has witnessed or been the victim of a hate crime on the basis of their sexuality or gender identity or expression to report it to gardai immediately,” said Mr Curran from the South Dublin LGBT+ Network.

“Details of the Garda hate crime portal as well as the list of diversity officers countrywide are available at LGBT.”