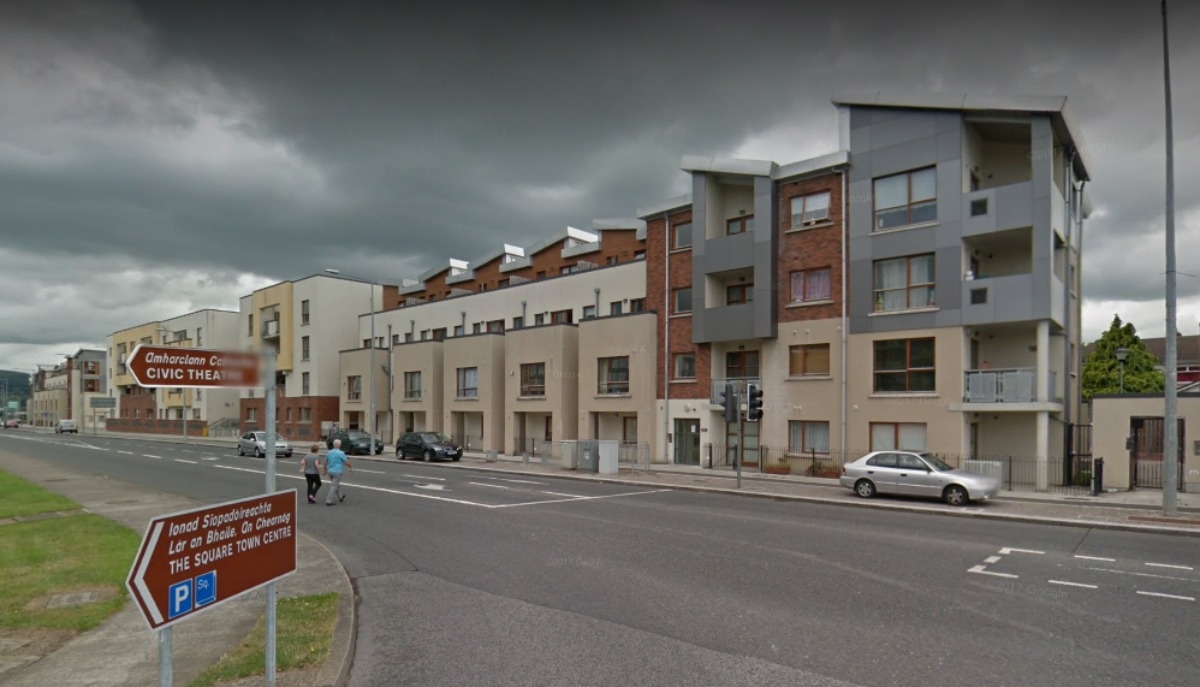 Families still out after fire at Tallaght apartments

FAMILIES have still not moved back into the Gleann Na hEorna apartments, which were extensively damaged in a fire that started in a common stairwell in April.

A total of 11 people were rescued by Dublin Fire Brigade after the fire broke out at around 1.30am, with some having to be lifted from balconies on the first and second floors.

Six of those rescued, including a mother and her three young children, were taken to hospital and treated for suspected smoke inhalation after the fire broke out on the second-floor landing of the apartment block.

In council chambers in June, Sinn Féin councillor Cora McCann asked management when refurbishment work would be complete and families could move back in?

Responding, the council said: “There was a fire in the common area stairwell which caused extensive damage as well as smoke damage to six apartments in the Gleann Na hEorna development.

“The apartments had to be vacated and Respond housed the tenants in other accommodation where possible.

“Since then they have been in contact with the insurance assessors to agree the necessary remedial works.

“These have now been put in hand and the common stairwell is all to be refurbished.  The delay in moving tenants back in is the works necessary to the individual units which is ongoing in conjunction with the tenants.”

Council management added: “Respond anticipate that all works will be complete and tenants rehoused in the coming 4 to 6 weeks.”

NEWER POSTLocal councillor received homophobic abuse in post
OLDER POSTMadden: “If we are to progress we’ve got to keep clean sheets”