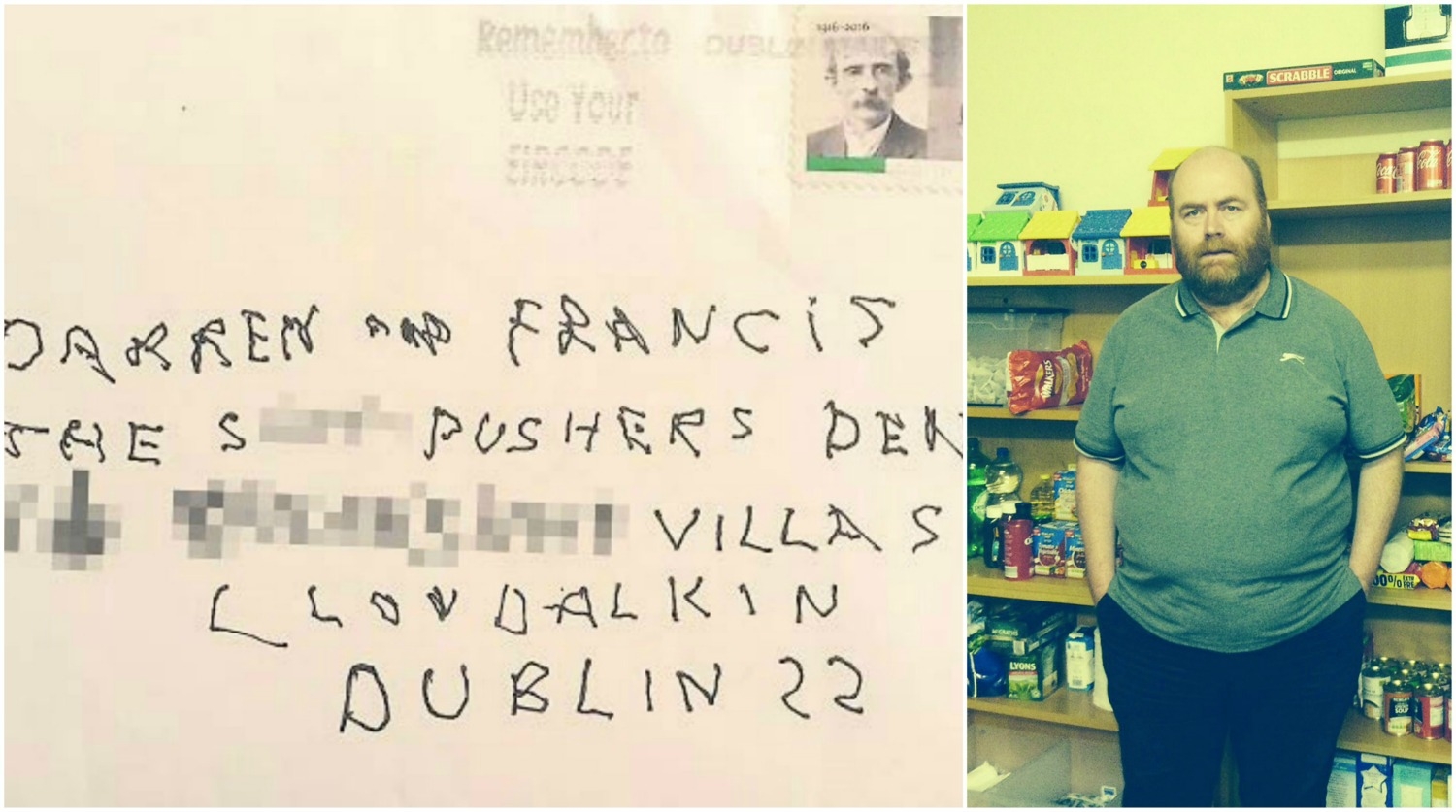 A local councillor has shared homophobic abuse posted to him and his partner at their home in Clondalkin.

Independent councillor Francis Timmons collected his mail on Tuesday morning and found a letter with a homophobic slur addressing him and his partner Darren.

The envelope said ‘Darren and Francis, 'The S***-Pushers Den’ above the couple’s address in Clondalkin.

The motivation behind the slur appeared to be religious as the stamped and posted envelope contained a letter about World Family Day, a photo of Pope Benedict and a leaflet about Pope Francis’ visit to Ireland next year.

Speaking to Echo.ie, Timmons described his shock at receiving the letter.

He continued: “I thought Ireland had moved forward. Just the day before I was discussing how the council could launch an LGBT inclusion strategy.”

The councillor brought the letter to Clondalkin garda station where gardai said they would be investigating the matter.

Timmons said that while he more or less has a ‘hard neck’ from life in politics, his partner Darren was more shaken by the abuse.

Timmons said: “I’ve been with Darren for 18 years and we’ve lived in the area for 10 years but we’ve had something like this directed at us.”

While Timmons said he has ‘no clue’ who sent the letter, he believes it was sent because of his past criticism of the Catholic church.

He said: “I’m outspoken about social justice issues so it’s probably a backlash from that. It’s just sad that someone thought of this and made the decision to send it.”