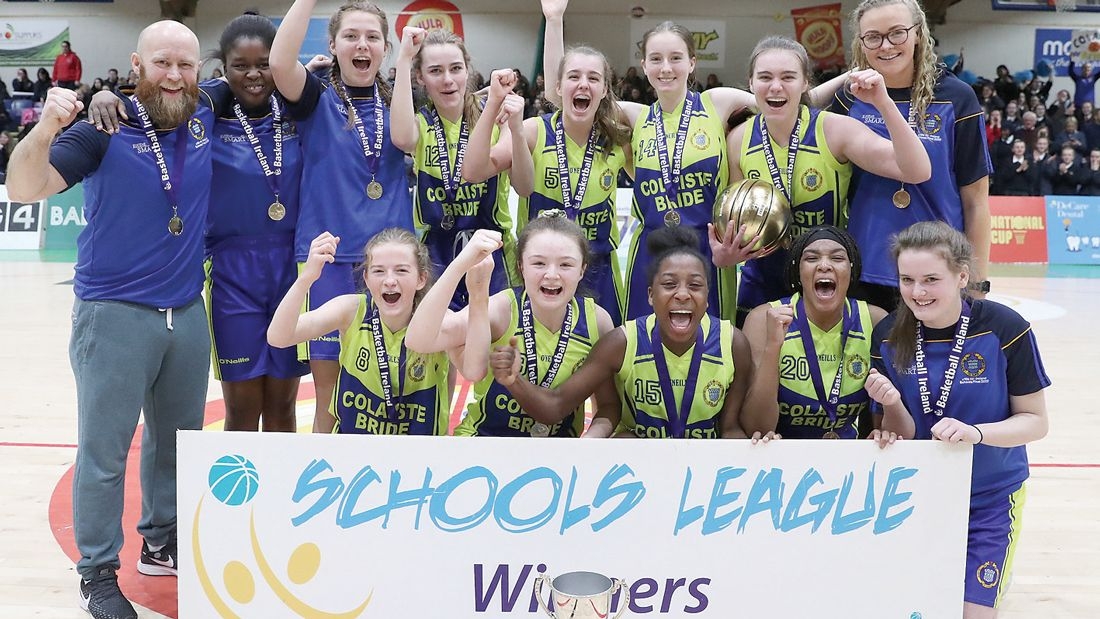 COLÁISTE Bríde’s Under 16B Girls Basketball team have been declared The Echo Team of the Month for February after they won the All-Ireland Schools League n the National Basketball Arena.

The Clondalkin side powered clear in the final quarter to see off a tenacious Manor House School 64-53 in an exciting final in which their own Abbey O'Keeffe scooped the MVP Award.

Colaiste Bride’s Under 16B Girls Basketball team are The Echo Team of the Month’ for February following their march to the All-Ireland Schools League title.

Just two points to the good heading into the final period, the Dubliners manged to remain out of reach with Katie Flanagan and Yusuf planting baskets before Aoibhin Dunne and O’Keeffe found their range.

That victory completed a superb campaign that included wins over Sacred Heart, Tullamore and Abbey Vocational, Donegal, while also serving to exact revenge on their opponents who had beaten them in the East Regional title match back in December.