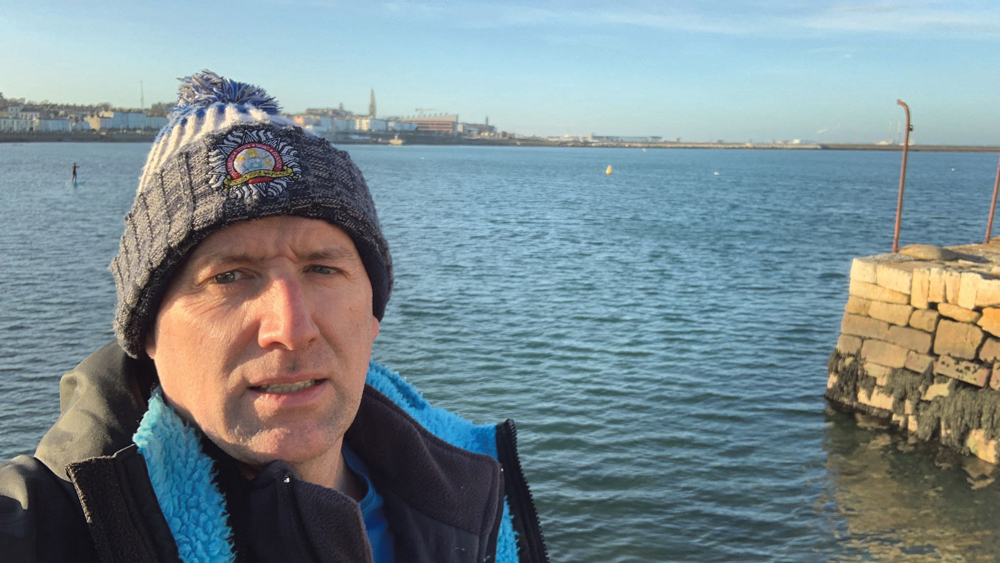 A LOCAL fire officer is part of a team of six who will embark on an extreme winter swim from Bangor to Scotland on Friday to raise funds for childhood cancer charity the Gavin Glynn Foundation.

Kingswood man Vincent Donegan, 50, who is a fire officer in Tallaght Fire Station, will take on the challenge alongside Declan Bradshaw, Dave Berry, Colm Morris, Niamh McCarthy and Ger Devin.

The fact that the funds that will be raised as a result of the challenge will go to a childhood cancer charity has a particular resonance for Vincent as his son, Callan, was diagnosed with cancer at four-and-a-half-years-old.

Now aged 17 and a student in Kingswood Community College, Callan is a typical teenager.

He finished his cancer treatment just before he started secondary school – and Vincent has never forgotten how much the support of others meant to him and his family during that difficult time.

He told The Echo that, having been on the receiving end of support from people while his own child was battling cancer, he’s “humbled” to be able to help others going through a similar experience.

“We just feel so proud and humbled to be able to do something to help people who are going through this,” Vincent said.

“The support we’ve received is overwhelming.”

At the time of going to print, the group had raised over €17,000 for the Gavin Glynn Foundation as the challenge continues to draw closer.

The group will travel to Bangor in Northern Ireland on Friday morning, where they will be followed by a pilot boat as they each undertake three one-hour continuous open water swims under 10 degrees and one lake swim under 8 degrees, with all swimmers averaging 3-3.3km per hour.

Between swims, the swimmers will recover on the pilot boat as they head to Port Patrick in Scotland, before returning to Northern Ireland.

The challenge is the brainchild of Ger Kennedy, and the swimmers have been training for months and acclimatising to the colder temperatures in preparation for the swim. 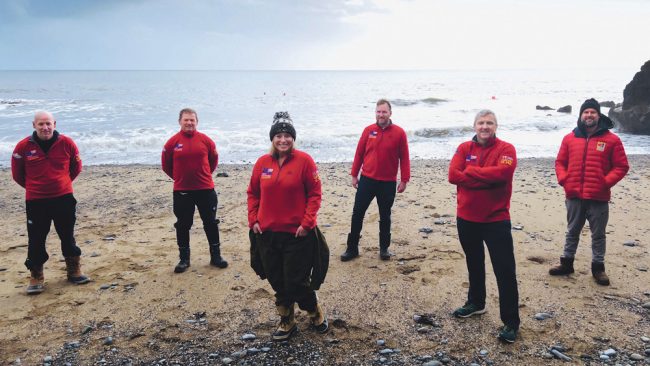 Explaining how he’s adjusted to cold water swimming, Vincent said: “I’ve always been a pool swimmer, but when the pandemic started, I went to the 40 foot for a swim with a few lads from the fire station and I thought it was baltic.

“But I got back in again. I started swimming smaller distances and then, over time, I gradually increased the distances as I acclimatised in the water.

“It just spiralled and I kept going to the next level. It’s just amazing. There’s something about swimming in the sea…it’s calming, it puts me in a good headspace.”

Vincent then got involved in a sea swimming group that Ger Kennedy runs, and his passion for cold water sea swimming snowballed to the extent that he’s now using something he enjoys, to help others.

“I kind of get in the zone when I swim and just enjoy my surroundings,” said Vincent. “I enjoy the moment, and listening to the waves, and the solitude.”

He said the group are feeling positive about their challenge on Friday morning. All of the group are taking Covid tests every day in advance of the swim, and they’re confident the swim will go off without a hitch.

To donate to the fundraiser for the Extreme Winter Relay North Channel for the Gavin Glynn Foundation, visit www.tinyurl.com/SeaSwimGavinGlynn