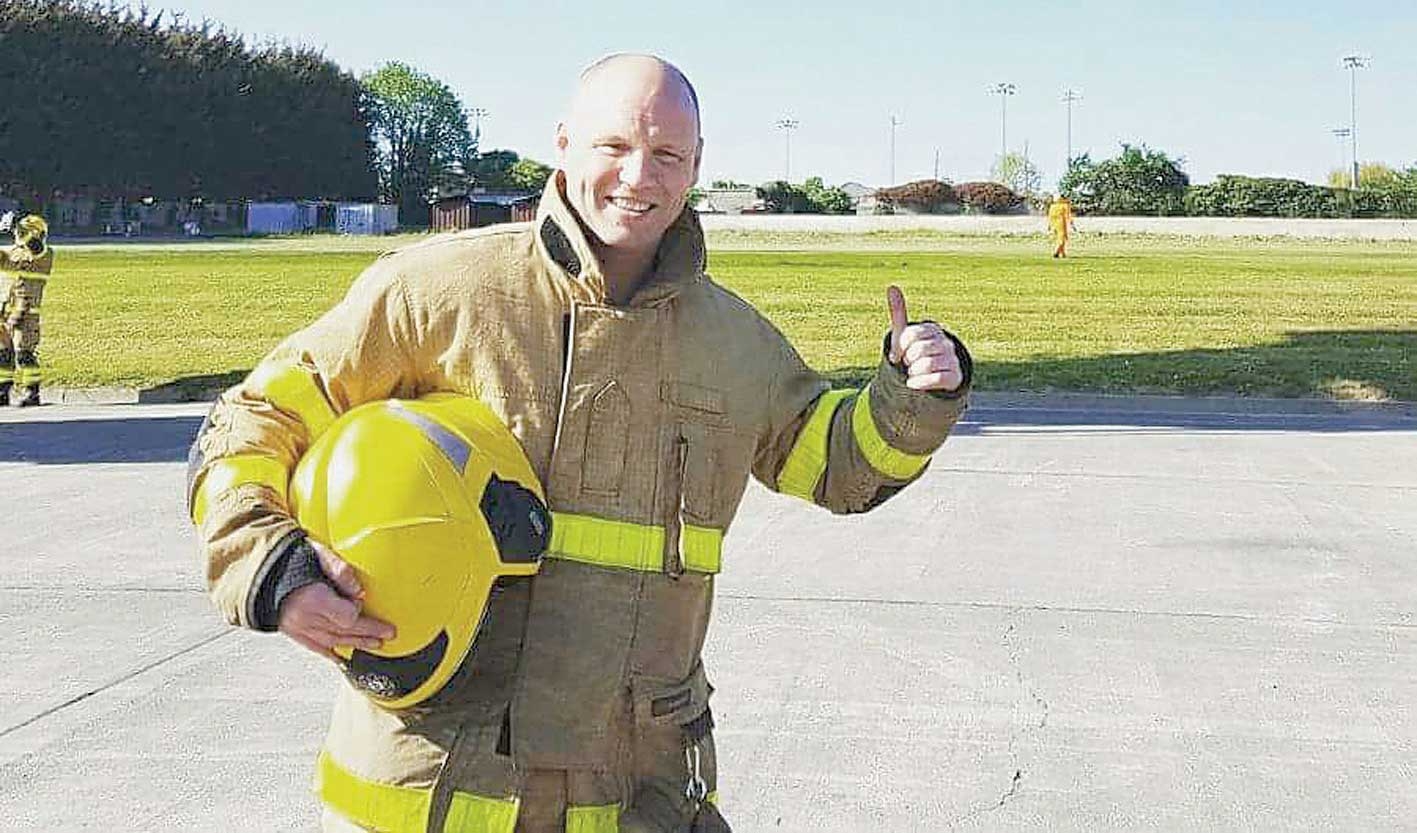 Firefighters fitting tribute to the crew of Rescue 116

LOCAL firefighter Podge Thompson is lacing up his runners for yet another marathon fundraising attempt, which will see him and two fellow fire fighters take on a 116km night run in tribute to the crew of Rescue 116 – before joining the Dublin City Marathon this Sunday, October 29.

Living in Clondalkin and based in Tallaght Fire Station, Podge (36) is well known for his fundraising feats, which has seen the dad-of-two run past marathons blindfolded and carrying a 40kg child mannequin.

This year, Podge and two fellow firefighters, Paul McGurrell and Stephen Howard, will run 116km between them in tribute to the crew of Rescue 116, the members of which tragically lost their lives when their helicopter crashed last March.

This Saturday night, Podge, Paul and Stephen will each run around 40km from various coast guard stations in Dublin before meeting in the city centre and together running out to Tallaght before running back into town for the Dublin City Marathon.

All of the money raised in tribute of the crew of Rescue 116 will be donated to Our Lady’s Children’s Hospital in Crumlin.

Speaking with The Echo this week, Podge said: “All of us in the station were effected by what happened to Rescue 116.

“You go to work and don’t think about the consequences. I couldn’t imagine not coming home and my family never getting to say goodbye.

“I can’t imagine what the families of the crew of Rescue 116 must be going through.”

He added: “I wanted to do something to honour these heroes who never came home and we will run 116km in tribute to them before taking on the Dublin City Marathon – with all proceeds raised going to Our Lady’s Children’s Hospital in Crumlin.”

A week after the Dublin City Marathon, Podge is also taking on the New York Marathon as part of the children’s hospital team – which is this year marking 25 years of Eamonn Coughlan bringing a team of runners to NY in aid of the hospital.

Killinarden Community School is also hosting a non-uniform day this Friday to help Podge raise funds and a table quiz is also being staged in Round Towers GAA Club, Clondalkin, on November 17.

Podge wished to thank everyone who has donated or offered support to date.