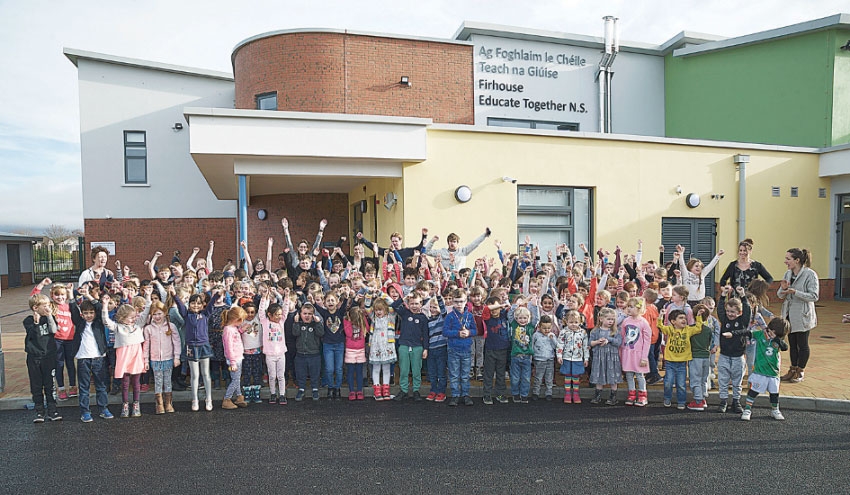 The pupils of Firhouse Educate Together National School got to set foot in their brand new school building for the first time last Wednesday, after several years of classes being held in temporary prefabs.

The school caters for 169 pupils, and the new building located on Ballycullen Drive is comprised of a school hall, a senior yard, a junior yard, a basketball court and several classrooms.

The primary school, which accepted its first students in 2013, was initially housed temporarily in Tymon-Bawn Community Centre, and for the past two years the school has used prefabs which were set up for the school on Ballycullen Drive.

Speaking to The Echo, Firhouse Educate Together National School’s Principal Collette Dunne said: “We’re absolutely delighted with the new school building, it’s colourful and has so much space.

“It’s been incredible, I’m over the moon. Everybody – the staff and the parents – came together to get the school building ready, and it’s great to see it now being a reality.”

The school currently employs over 13 staff, and Ms Dunne added that the pupils are enjoying being in their own classrooms, as when the school was in the prefabs the classrooms had to be shared.

The principal added that there is now a drop-off point from Ballycullen Drive for parents to use, and that the whole school community is delighted with the new building.