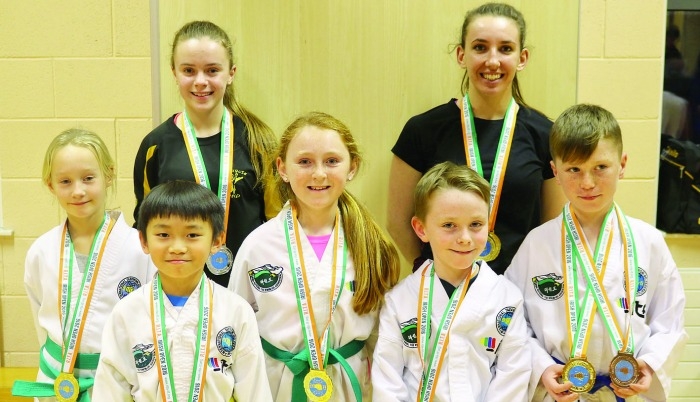 Amy Collins emerged one of the club’s most successful competitors earning a double gold in Blue Belt Senior Sparring and Patterns, while three other Firhouse members topped their divisions.

Abaigh Pollock picked up gold in the Green Belt Sparring (Over 135cm), beating the defending champion from England, while Sean Walsh won out in his Blue Belt sparring class and took bronze in patterns while Chloe O’Neill emerged victorious from her Green Belt Sparring (Under 135cm).

Danielle Greene picked up silver in Black Belt Sparring, while there was Yellow Belt Sparring bronze for Jarvis Tai and Luke Walsh, with Marlayna Potts following suit in Green Belt Sparring (over 135cm).