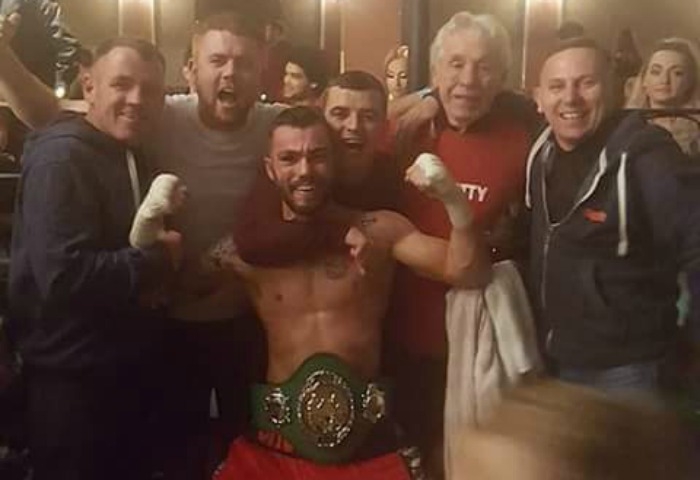 Another big step for Carroll with Celtic title

STEPHEN Carroll is hoping he is halfway there to securing a shot at the National Super Lightweight belt after he won his latest professional bout against James Gorman in the Shorts Sports and Social Club in Belfast on Saturday.

The points win over eight rounds took the Ballyfermot man’s pro record to five from five and saw him raise the Celtic Nations title.

He is now looking to make it 10 and 0 in the new year before he calls for a shot at the Irish title.

While Gorman is a tough customer, his record is not that good, having lost all of his last 20 bouts, but Carroll was taking nothing for granted, believing that his opponent had reason to be a lot more motivated for this contest.

“This was over eight rounds and it went the distance. It was a tough fight and the first for him [Gorman] in his hometown since 2007 so he was there to win,” Carroll stressed.

“I felt comfortable. I knew he [Gorman] was a tough boxer so I wasn’t looking to rush in to try and land a big hit.

“I just took my time and picked my shots to perfection and it worked,” said delighted Carroll who made his pro debut back in February of last year.