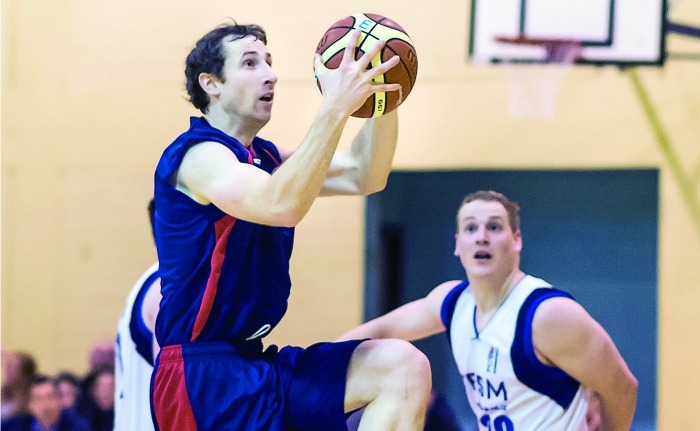 COMMERCIALS.IE Eanna went extremely close to pulling off what would have been a shock win over defending Men’s Super League champions UCC Demons and doing current leaders and and neighbours Templeogue a huge favour.

Indeed the Rathfarnham side took their Cork opponents to overtime on Saturday after they finished deadlocked at 77 points apiece in regulation time, yet UCC maintained their composure and won out 86-81 to remain six points off the pace set by Templeogue.

Down by just four points at the halftime break, Eanna fought back and even managed to open up a 10-point gap on their guests with Ciaran McEvilly netting 19 points while Aidan Dunne and Nathaniel Musters combined for an additional 33.

But with Roy Downey leading the line and top scoring on 24, Demons worked their way back and had enough still left in the tank to see this one out.

“We started off sluggish and, if I’m honest, it took us until we were 10 down in the fourth to wake up. But fair play to the lads, they fought back and showed a lot of heart to get the win” he added.

ELSEWHERE Lorcan Murphy was on fire as Templeogue steamrolled their way to a 64-113 point victory over UL Eagles in Limerick on Saturday.

Murphy netted a massive 34 points for his side while Michael Bonaparte weighed in with 22 and Neil Randolph hit 16 as Templeogue made it eight from eight and remained three points clear of closest rivals Griffith Swords Thunder.

At Division One level, there was no joy for Dublin Lions Men’s team or Oblate Dynamos’ senior women.

The former were barely denied a second league win of the season so far after they lost out by three points to LYIT Donegal in Coláiste Bhríde.

Dynamos meanwhile suffered a 53 to 38 point loss to Fr Mathews that left them rooted to the bottom of the table.

Megan Hoffman emerged the Drimnagh side’s most prolific scorer on 10 points with Kelsey Ellis and Katie Black both on just one less.

But Fr Mathew’s, who were 22 points up at the halftime recess, remained well out of reach in the second half with Fiona Lynch top-scoring on 13 points.