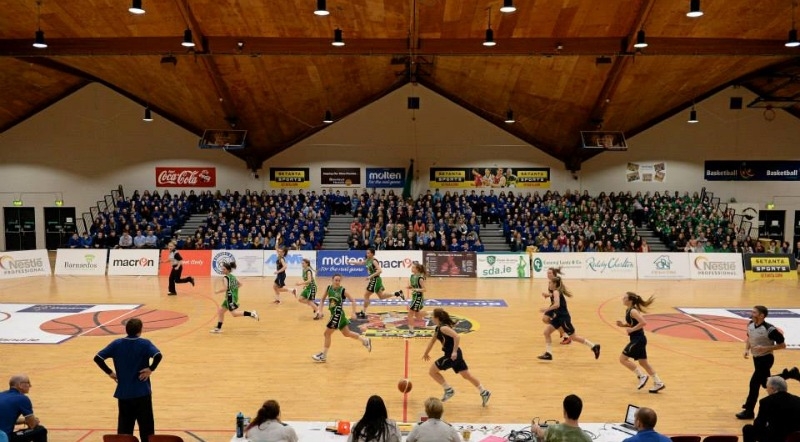 THE NATIONAL Basketball Arena will share the hosting of next year’s Under 18 Women’s European Basketball Championships.

Together with the new Sport Ireland National Indoor Arena in Abbots-town, the Tallaght venue will provided the backdrop to a tournament comprising of some 50 games and involving 24 nations between August 4 and 13.

It will mark the very first time that an underage European Championships Final Tournament comes to these shores with a cadets/cadettes qualifying round in 2002 being the closest Ireland has come to such an event.

“This is an opportunity that should be relished by everyone in the Irish basketball community” stressed Ireland Under 18 Women’s Head Coach Tommy O’Mahony.

“European Champion-ships don’t come to your country every year so while it’s here, we should all take advantage of it and take pride in the fact that it’s here.

“Anytime we travel to Europeans, the best support over there is always for the Irish team, so I can only imagine what the support is going to be like now in our own country.

“It is a fantastic opportunity for Irish people to see international basketball during the summer and it’s a big opportunity for Basketball Ireland and for the Under 18 girls to show off their skills as the home nation on a massive stage.

“This is yet another stepping stone to even more brilliant opportunities for basketball in Ireland. It’s a long time since Ireland hosted such a big tournament and, hopefully, everyone will get behind the girls next year.”

“It is the next logical step for us after hosting Congress and having our International teams back in place. It is following our Strategic Plan 2015-2025 and is a great step forward for Irish basketball.

“We will need a lot of volunteers to help us to run this in an efficient manner and we hope that the entire basketball community will get behind the tournament and support it” he insisted.

ON ANOTHER note, two open trials for the Ireland Under 17 Women’s team will take place on Saturday in Carlow IT from 12.30pm to 3.30pm and Sunday at the same time in Maynooth University.

The trial is open to any female player born in 2000, 2001 or 2002, including any player who may not have previous international experience.

Anyone interested in attending a trial for this team should confirm their attendance by by emailing: Ireland2000women@gmail.com