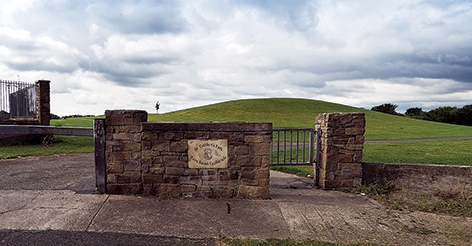 DURING a family open day at St Cuthbert’s Park last Summer, the familiar sight of scramblers appeared on the scene.

The Clondalkin park has suffered badly from scramblers, drug dealing and dumping in recent years, making it an undesirable amenity for residents despite ongoing operations by South Dublin County Council.

However, on the occasion of the family day, local residents were able to defuse the situation, requesting the bikers move on, and the celebrations got back on track.

This type of community engagement with the park, forms part of a desire by those involved in proposals for Clondalkin Celtic to use the amenity as a base to develop their club and mitigate against anti-social activity.

The plans have received cross-party support from politicians, including local TD’s.

On Wednesday, May 23, Clondalkin councillors forwarded a joint motion at the area meeting, requesting South Dublin County Council back the proposal and provide a playing pitch in the park for the club.

“We are not going in all guns blazing – football only. We’re looking to transform the park, revamp the church ruins and make it accessible for families.”

Established in 1969 after the first jerseys were donated by Glasgow Celtic, the club currently do not have a permanent home, relying on permission from Deansrath College and Clondalkin Leisure Centre to cater for over 200 underage players.

Two senior teams play at pitches in Peamount United at a cost of between €7-8,000 per year.

Wayne continued: “We are struggling to get going. It’s great to have permission for the use of the other grounds, but our numbers are rising, and there is demand for an all-girls team. At the moment we don’t have dressing rooms for the kids.

“There has been massive support from residents and politicians. The FAI and John Delaney were out last year and supportive of our plans. We have set up a club development team for funding streams and are linked in with community groups.”

At the Clondalkin area meeting, SDCC said they expressed a willingness to work with the club after meeting members in February.

They said their view of returning the club to park is cognisant of the restrictions which may apply as a result of a planned social housing build project on a site in St Cuthbert’s and “repetitive incidences” of anti-social activity.

Pending final budget approval, the social housing build is due to commence in June 2018 with a 12 month build programme.

The council are also installing a CCTV system in the park in June, which will be monitored 24 hours a day by local gardai.

A SDCC spokesperson said St Cuthbert’s playing pitches have been out of operation for some time due to persistent anti-social problems.

“Clondalkin Celtic will be assigned the pitch, without the benefit of the permanent goalposts (until CCTV is commissioned) and arrangements have been made for an onsite meeting with club representatives and public realm operations staff to determine the extent of works immediately required to the pitch before it is playable.”