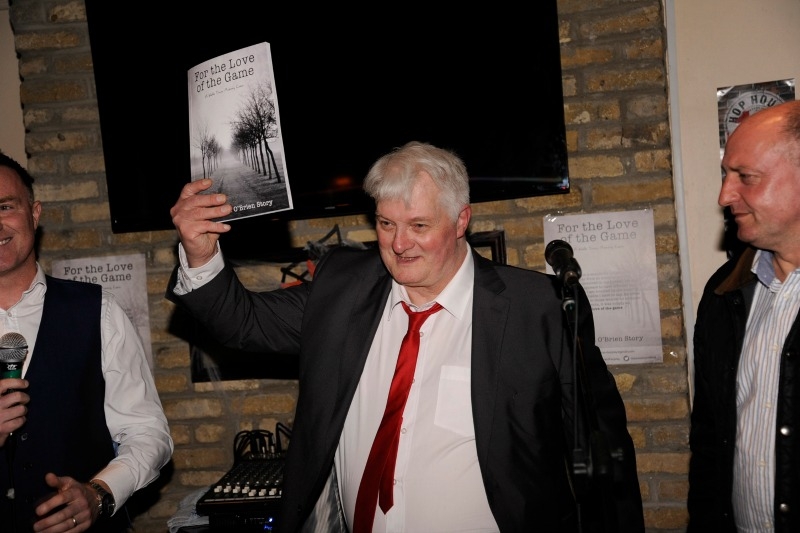 Football fans can get their hands on a book chronicling a fascinating history of small-sided football in Ireland when ‘For the Love of the Game’ is launched at Cherry Orchard Football Club in Elmdale this coming Saturday 12th of November at 12:30pm.

Paul O’Brien, a key figure in five and seven-a-side leagues in the 1970s, 80s and 90s, will showcase his new book at Cherry Orchard Football Club.

Dubliner Paul, brother of Mick O’Brien who played against AC Milan with Athlone Town, led a team called Scafform to the Salthill Devon National five-a-side title in 1986 and won the event at his first attempt.

The 100-page A4-size design is done completely in black and white and is packed with sensational photos, tributes, reflections, stories and much more!

FAI chief executive John Delaney and St Pat’s director Phil Mooney both provide forewords, with John Delaney writing: “I am delighted that Paul has chosen to capture these and other wonderful memories in this book.

“Ballyfermot has a rich football heritage and has produced many great players, coaches and teams over the years.

“I think every football fan will enjoy reading this book.”

For the Love of the Game is great value book at just €10 and will be available to buy in the following locations: Cherry Orchard Football Club in Elmdale, Ballyfermot Library, McDowell’s Pub Inchicore (Beside St Patricks Athletic FC), and at Paul O’Brien’s Home at 65 Kylemore Drive, Ballyfermot.

Order can also be made online by emailing your order through Paul O’Brien’s Social Media pages.