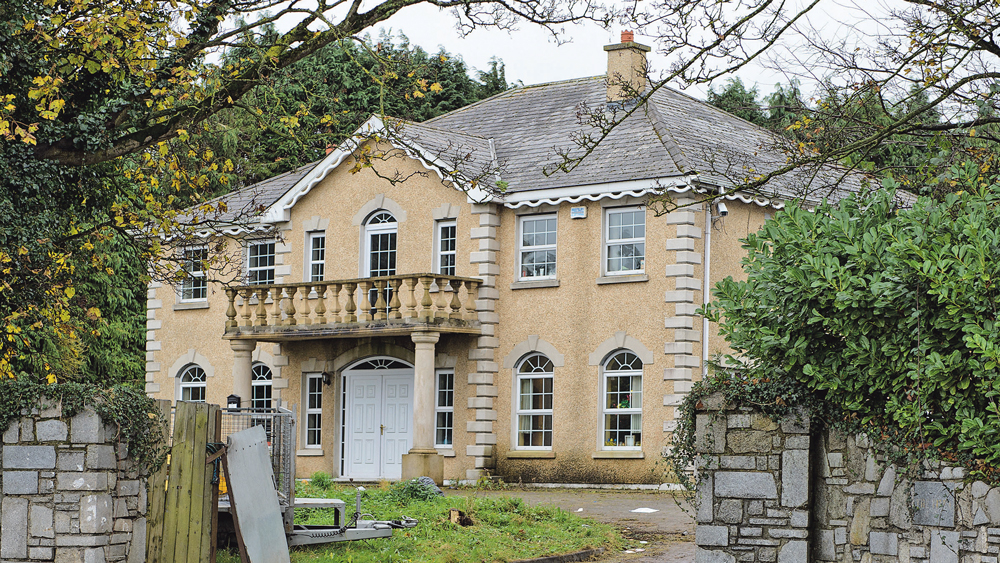 The Villa on the Blessington Road

PLANS to convert a family home into four apartments and retain a balcony at the property have been refused permission by South Dublin County Council.

The Villa, which is the former home of ‘Fat’ Andy Connors, who was part of a burglary gang targeting elderly people around the country, is subject to the planning application.

Anne Connors, the widow of Andy Connors, as owner of the property, gave consent to William Palmer to apply for planning permission at the site.

“I understand that this consent is only for the purpose of the planning application and is being given on the basis that Mr Palmer is seeking to purchase the property,” Mrs Connors said in a consent letter attached with the application.

The applicant, William “Billy” Palmer, was seeking permission for the change of use of the 289.32 sq m family home on the Blessington Road, Saggart, into apartments.

Plans include the retention of 77 sq m in floor space divided evenly between ground and first floors and retention of a balcony to the front of the existing dwelling.

On November 16, the local planning authority took the decision to refuse planning permission and retention permission on six grounds.

One of the reasons was that insufficient, inconsistent and inaccurate information was submitted with the application.

A noise impact assessment and tree survey was not submitted with the application.

The council believes that the applicant failed to provide justification for setting aside rural housing policy and that the proposed development would be “contrary to proper planning”.

With regard to a shortfall of proposed communal open space, land zoning and the intensity of the plans, the council refused planning permission.

In the past, the property is believed to have once been valued at €3 million.

“Fat” Andy Connors was shot dead by an unknown gunman at his home in Saggart in 2014.

According to a report in the Sunday World from earlier this year, Anne Connors was trying to sell the mansion known as The Villa after being slapped with a tax bill by the Criminal Assets Bureau.

That report stated that the property had been put on the market with a price tag of €725,000 and labelled as a prime location for redevelopment subject to planning permission.