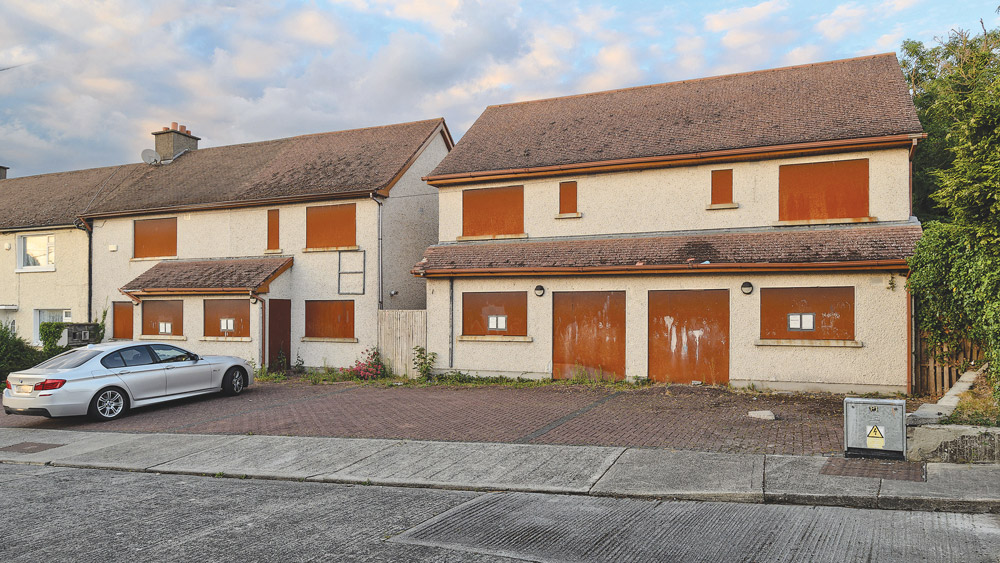 The four houses at 24, 24a, 24b and 24c St Maelruan’s Park are adjacent to Mountain Park and have been vacant and boarded up for several years.

Local councillor Charlie O’Connor previously described them as “eyesores” and called for them to be taken under council ownership.

Last week, the council published a public notice of their intention to acquire the four derelict houses compulsorily under the Derelict Sites Act 1990.

Cllr O’Connor told The Echo: “I’ve been pursuing this with others, with Cllr Cathal King as well, to solve the issue about these houses, which are of great concern and annoyance to residents.

“I’ve always been of the view that they should be taken into council ownership and added to their housing stock.

“So this is great news for the residents of Maelruan’s Park, and for the four families that are going to get these houses.”

The public notice for the acquisition of the houses was published in The Echo on July 28, and any owner, lessee or occupier of the properties can on or before 4pm on August 29, 2022, submit an objection to the proposed compulsory acquisition of the derelict site.