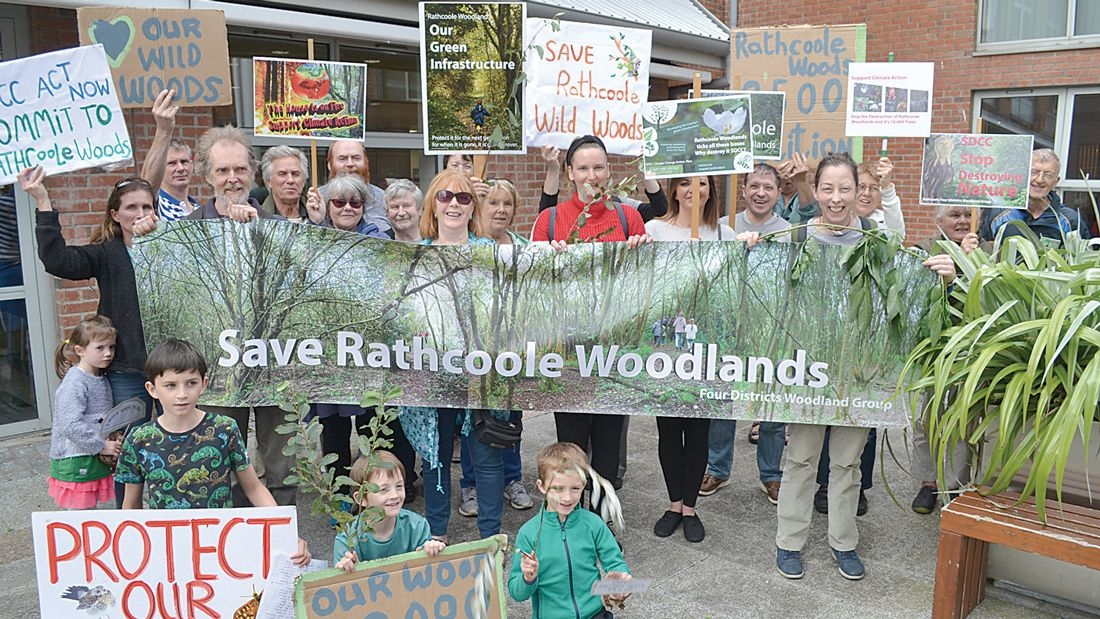 THE Four Districts Woodland Group is calling on people to familiarise themselves with South Dublin County Council’s Draft Masterplan for Rathcoole ahead of the Part 8 public consultation process – which includes plans for a residential development at the site of the Rathcoole woodlands.

As previously reported by The Echo last year, the group submitted a petition against the draft plan that was signed by over 650 schoolchildren, as the local children were concerned about the impact the development could have on a bat population that is in the woodland.

The council’s plans include the development of 250 houses, a number of GAA pitches, a primary school and a library at the woodland site in Rathcoole, which is located behind Coolamber and Rathcoole Park.

In a Facebook post last week, the Four Districts Woodland Group encouraged their supporters to print out and read up on information about the council’s draft plan, before the plans are discussed and voted on by councillors at a council meeting later this year.

Deirdre Tierney from the Four Districts Woodland Group told The Echo: “The council’s plans will see the removal of the woodland – while we have a climate crisis, and now a pandemic where people need more outdoor space.

“It goes against the current climate of things, and we’d like the council to find a different location for the housing development.

“We know that the area where the woodland is, is owned by the council, and has always been zoned for residential development, but it’s a place that’s been naturally rewilded, it’s completely developed by itself.

“I would like to see the council take a more holistic view of development in Rathcoole, in the context of the climate crisis.

“People in the area have a natural woodland system on their doorstep, and it would be a great shame if it went.”

When asked about the expected timeframe for the plans to reach the Part 8 public consultation stage, a spokesperson for the council told The Echo: “The council is currently carrying out various preplanning studies including traffic and environmental studies – it expects these to be complete at the end of summer at which point a report will be brought to council.”