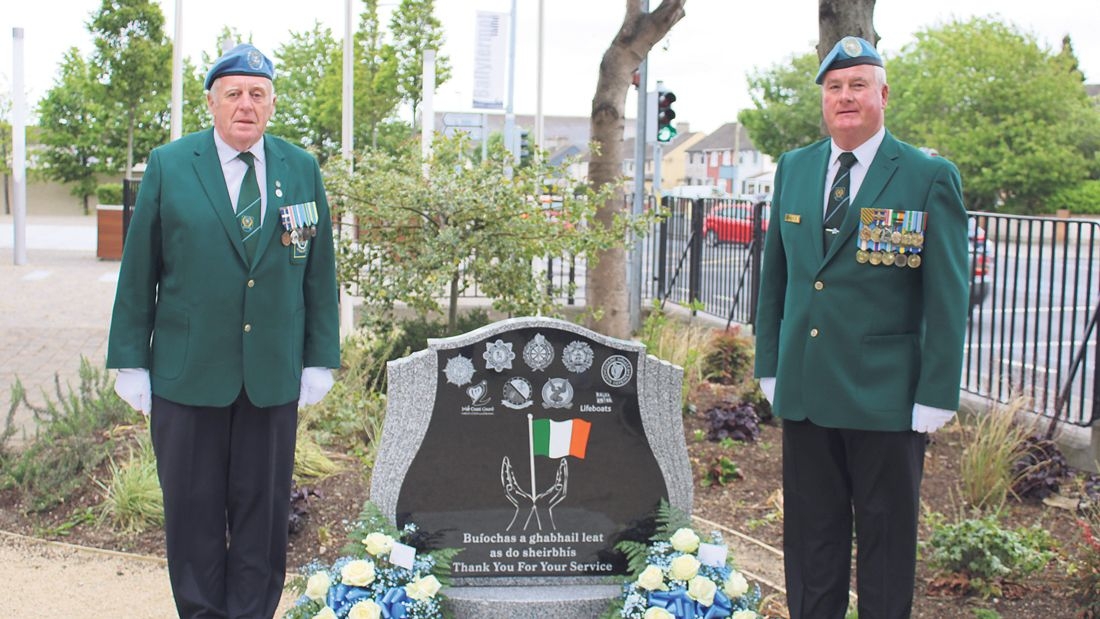 People pay their own tributes to soldiers

The garden was established last September due to the sizable contingent of Ballyfermot people who are involved in the Defence Forces and emergency services, either presently or in their former career.

Due to Covid-19 restrictions, only a few members from the garden could engage in the tribute on Saturday.

“This is a day to remember all the hard work our Defence Forces put in across the world as part of our vow to help bring peace within these countries,” said Laura.

“Due to the ongoing circumstances, most if not all commemorative events have been cancelled. The people of the Ballyfermot Tribute Garden wanted to pay their own tributes to our soldiers.

“With social distancing still in place, they were unable to advertise it to the public but made sure there was a representative from the community.

Two flower arrangements were placed by retired soldiers, Stephen Rynn and Mick Dillon. Both these men have served their time abroad. Also in attendance was local community gardai Jim Curran and Steven Kelly.”

Speaking to The Echo at the time of the launch last September, Melissa Egan, secretary of the Ballyfermot Tribute Garden, said at least six people from Ballyfermot have “paid the ultimate price while carrying out their duty to date, if not more, some remain missing to this day.”