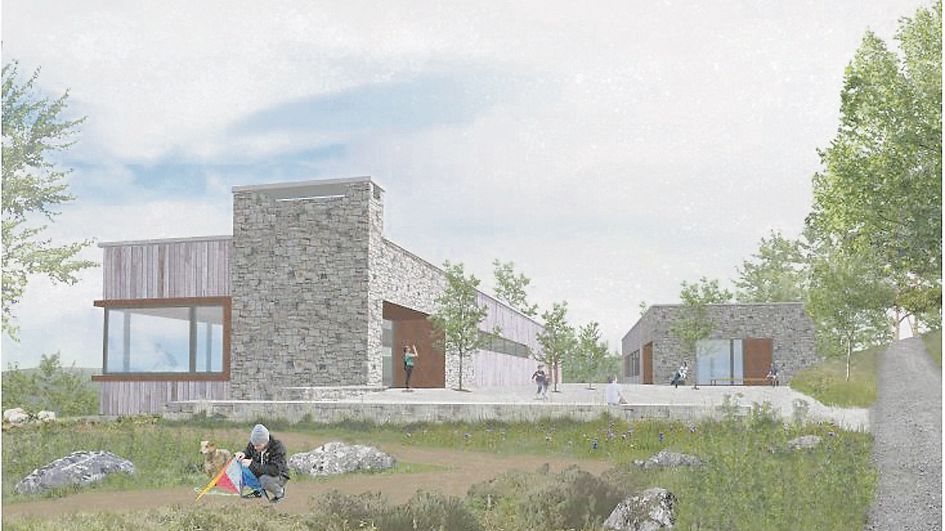 TWENTY three third-party submissions have been made in relation to additional information about the controversial plans for a visitor centre at the Hellfire Club in Rathfarnham, with An Taisce stating that the development would cause “enormous disruption of biodiversity” in the area.

The €19m tourism project was proposed by South Dublin County Council in 2017, with hopes that the development could attract up to 300,000 visitors a year.

An artist impression of the €19m Hellfire Club Tourism Project

It is proposed that the development will be housed across two buildings, consisting of a visitor centre with an exhibition space, a panoramic café, toilets, changing facilities, a walkers’ lounge, an education centre and retail, and there is to be a treetop canopy walk connecting the centre with Massy’s Wood.

Local farmers, conservationists and residents lodged objections to the plans, which led to An Bord Pleanála holding an oral hearing about the development across three days in November 2018.

One of the objections was lodged by Andrew Parkes on behalf of An Taisce, where he stated that ABP sought additional information about biodiversity in relation to increased visitor numbers to Massy’s Wood, and took issue with the details supplied by the applicant in response to this.

“The information supplied by the applicant has made no effort to justify the continued incorporation of an overhead walkway which would be likely to significantly increase the number of visitors entering Massy’s Wood,” stated Mr Parkes in his objection.

He added that the applicant had not “given any reason why the new interpretive centre on the side of Montpelier Hill should be constructed, causing enormous disruption of biodiversity.”

Issues raised in the other submissions include concerns about the red squirrel population, the bird surveys that were carried out by the applicant, and numerous submissions called for another oral hearing, and claimed the additional information submitted by the applicant did not address ABP’s concerns.

ABP has not yet made a decision on the application or the additional information that the applicant supplied.

When speaking at the oral hearing in November 2018, Paul Keogh, an architect for South Dublin County Council, said that a “do nothing scenario” would be unsustainable as visitor numbers are expected to increase in the coming years.