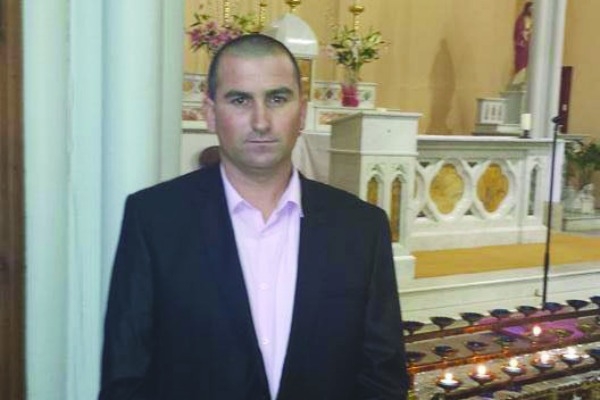 A FREAK accident claimed the life of a young father when a lifting system he was using to fix his car, collapsed and crushed him to death.

Stefan Andrescu (29), a Romanian national, was working on the car at his home in Clondalkin, when the car jacks collapsed at approximately 2pm last Saturday (May 28).

Compounding the tragedy were reports that Stefan’s body was lying there for up to two hours before the alarm was raised and emergency services arrived.

Neighbours in the Monastery Road community were shocked to hear the news, describing the Thorntons Recycling employee as a “friendly car enthusiast.”

“He was always working on his car at the weekends,” said one resident.

A staff member in Castle Veterinary Clinic, located in the parking lot at Castle Crescent, where Stefan worked on his car, called it a “terrible accident.”

She said: “I saw him now and again, he’d wave and say hello. He wasn’t living there long. It’s terrible to think this could happen.”

The tragedy occurred behind the flat where Stefan was living on Monastery Road – in a shared car park.

Tributes have flown in for Stefan from many in the Irish-Romanian community, and a bank account has been established to repatriate the body back home.

Romanian Irish community group Informatia Ireland, said Stefan leaves behind a “grieving woman and three children” and urges people to make a donation for the reparation.

Friends of Stefan have been collecting for his family outside the Eurospar in Ballyowen, Lucan, and donation boxes have been placed in Romania and Moldovan food stores in Blanchardstown.