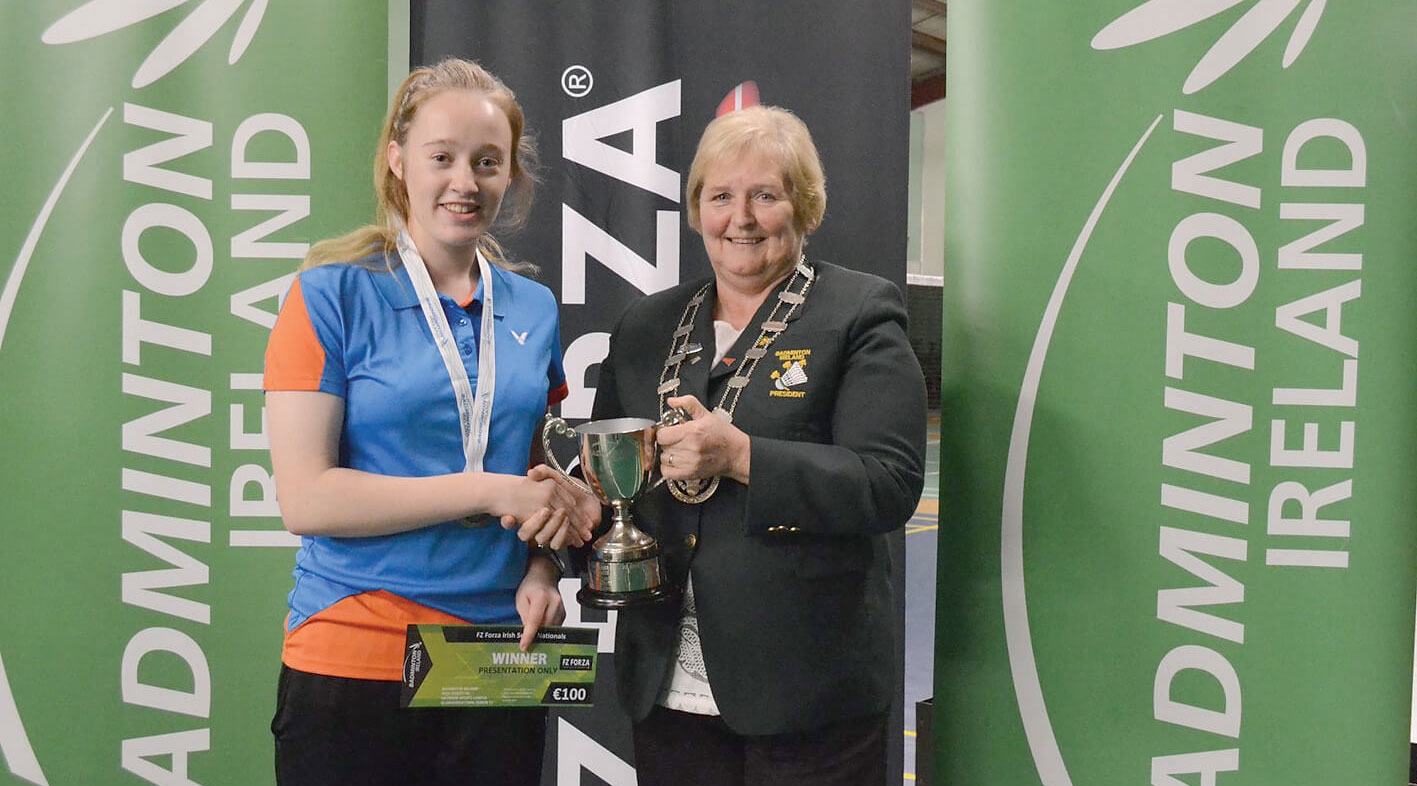 Frost on fire in National Championships

The day before, the Templeogue competitor had seen off the challenge of Alexandra Troy 21-9 21-15 to secure her place in the semi finals where she beat Sara Boyle 21-12 21-17.

It was great achievement for Frost, who surmounted two members of the Ireland squad, Darragh and Boyle, who will be travelling to the European Mixed Team Championships.

What’s more, she also made it to the Mixed Doubles semi-finals with Daniel Magee.

It was a great start to the year for the Dubliner who had a busy close to 2018, contesting the Irish, Scottish and Welsh Opens.

While she was beaten in the first round of the singles in the latter, she did combine with Moya Ryan in a partnership that made it as far as the last 16 in the doubles.

Frost earned her first cap for Ireland last year when she travelled to the European Championships in Kazan, Russia where they competed in Group Three, losing out to Germany and Ukraine, but beating Lithuania.

While the Templeogue competitor just missed out on selection for this month’s European Mixed Team Championships in Copenhagen, she is hoping to build up her international caps in the coming years.

On the college front, Frost has helped IT Tallaght top their group and make it through to the last eight of the Student Sport Ireland League.