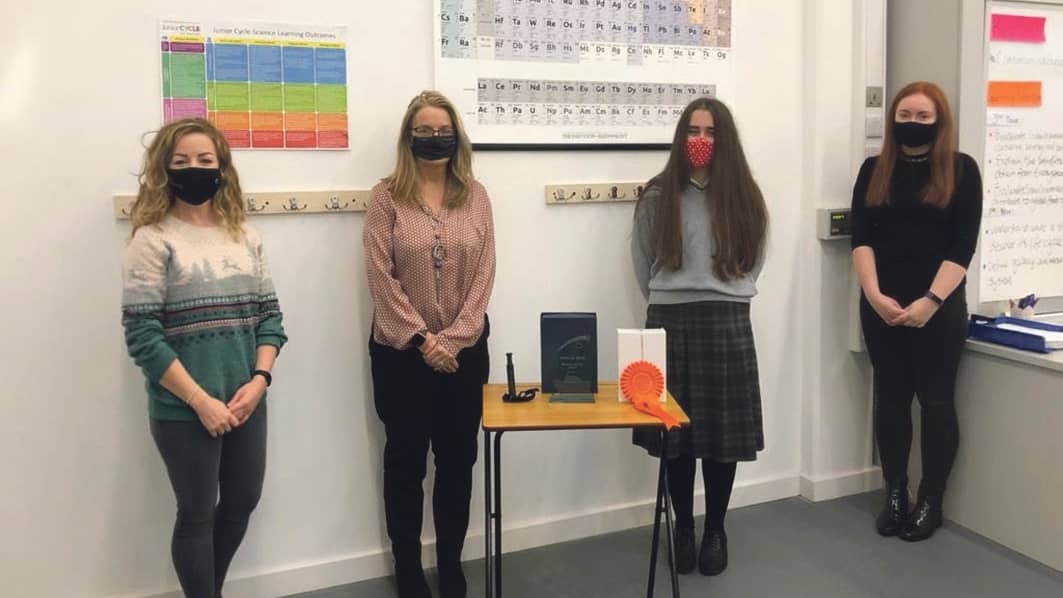 Future is bright for Amy after being awarded for project role

A LOCAL teenager recently won a science award for her involvement in a project centred on designing a stick to measure the pain threshold of sufferers of fibromyalgia.

Amy Carruth, a transition year student in Kingswood Community College, has been working on the project for the past 12 months with the Project Squad section of Teen Turn - an organisation which supports and encourages women and girls in STEM (Science, Technology, Engineering and Maths).

Amy’s involvement in the project was primarily research and management, and her dedication to and success with the project didn’t go unnoticed – as the country’s largest STEM fair programme, SciFest, awarded her for her role.

Maeve McCarthy, guidance counsellor at Kingswood Community College, told The Echo: “Amy came up trumps and was runner-up overall, achieving best in the Science category and third in the blogging area of the competition, after attending Teen Turn sessions both in person and online, and working with two mentors.

“The project she has excelled in was worthy of a 3D printing company acknowledging her hard work, and in turn offered to print a 3D prototype pro bono.

“The future is bright for Amy, and under the guidance of Oide Ciara Cook, her science teacher, Amy hopes to bring home the BT Young Scientist Award in January too.”

In recognition of her successful work on the Fibro Stick, Amy was awarded an iPad mini, a trophy and a rosette from SciFest.