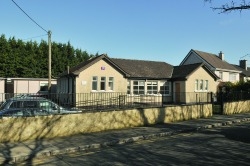 CONCERNS have been raised about the future of two local health centres after it was revealed that services may be transferred to the new Ballyowen Primary Care Centre.

Plans for the €5 million state-of-the-art centre were submitted to South Dublin County Council last month with a decision expected soon.
However, some residents have expressed their concern that the Lucan Health Centre, located in the village and the Rosse Court Resource Centre in Balgaddy may be forced to close once the new centre opens up.
A spokeswoman for the HSE confirmed to The Echo that the future of both existing centres will not be decided until the Ballyowen Primary Care Centre is complete.

For more on this see page 4 of this week’s Echo.