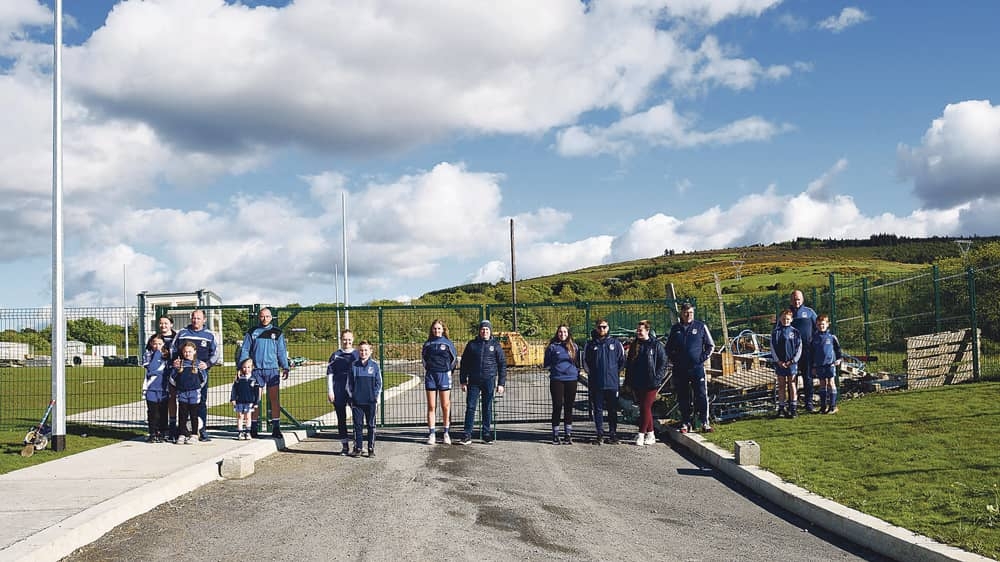 GAA Club locked out of pitch over developers dispute

ST ANNE’S GAA Club in Bohernabreena is appealing for access to a new football pitch that was developed in Ballycullen as part of an agreed land swap with a developer.

The football pitch is part of a wider 500-unit residential development, which is at the centre of a legal dispute between the co-owners of the site, Maplewood Residential and a Bain Capital Credit investment company called Broadhaven.

The two companies set up a joint venture called Old Court Investments Ltd (OCIL) for the development, and as reported in The Irish Times last month, Maplewood has claimed that Broadhaven “unlawfully” attempted to change the development plan and “paralysed” the functioning of OCIL.

This followed on from Broadhaven suing Michael Whelan and Alex Brett, co-directors of Maplewood; MW Homes, which Mr Whelan is the director of; and Oceanfield Ltd, which Broadhaven stated Mr Brett is the “corporate representative” of.

Broadhaven director David Cullen has alleged that Maplewood has breached the shareholders’ agreement and OCIL’s constitution. Broadhaven and Maplewood are currently engaged in mediation to reach a resolution to the dispute.

For St Anne’s GAA Club, the ongoing dispute has prevented them from accessing the recently completed football pitch at the subject site, which is part of an agreement between Mr Whelan from Maplewood and the club.

Tony Hayes, chairman of St Anne’s, told The Echo: “We struck a deal with Michael Whelan in 2018, to sell him a floodlit pitch and then buy one off him.

The club struck this deal with Maplewood in a bid to pay off a loan of just over €1m that the club took out in 2006.

After the financial crash, the loan was sold on to a vulture fund and the pressure on the club to either pay off the loan, or hand over the keys to the grounds, was mounting.

“We were continuing to pay off the interest on the loan, but there was constant pressure mounting on us and we were told that they would send in someone to take the keys from the club,” said Mr Hayes.

Mr Whelan had previously approached the club in the early 2000s about potentially purchasing land from them, and as the pressure to repay the loan continued to build, the club reached out to Mr Whelan and struck a deal.

The deal consisted of Mr Whelan purchasing a full-size floodlit pitch at St Anne’s grounds in Bohernabreena and providing the club with a pitch in the new residential development in Old Court, Ballycullen.

The club held an EGM in 2018, where members voted in favour of selling off the pitch in order to pay off the club’s loan.

“Michael Whelan said that he could take the main pitch and give us a new pitch in the new estate,” added Mr Hayes.

In 2019, Mr Hayes said that the vulture fund was “breathing down the neck” of the club, so he approached Mr Whelan who gave St Anne’s an interest-free loan of €1m.

“He gave us that interest-free loan, presuming that later in the year the money would go through,” explained Mr Hayes.

“At the moment, all that’s happened is he’s loaned us €1m to get the vulture fund off our back, now we owe Michael Whelan, and that money is on one pitch with the agreement that we’re getting a new pitch.

“The bottom line was, as far as I could see, it was the only way out. Now that new pitch has been developed in Ballycullen Green to a really high standard.”

The pitch, however, is lying idle as the dispute between Maplewood and Broadhaven rumbles on.

Alex Brett from Maplewood Residential told The Echo: “In Maplewood, we have, in good faith, as part-owners of the site, been trying to make the pitch available to St Anne’s but it’s not fully in our ownership.

“I’m hopeful that we can resolve this part of it quickly, and in my opinion, it would be a total waste to leave the pitch unused.

“It is ready for use now and it was designed to meet the standards that a football club would require.

“I think now that the pitch is finished and ready to be used, it would be a shame for it to sit there, unused, until the dispute is resolved.”

St Anne’s, which in 2020 had 731 members, continues to grow and Mr Hayes said they “need” the new pitch, to cater for their growing membership as a result of many new residential developments in the area.

“We want to get to know our new neighbours in Ballycullen,” he said, “and get them playing on that pitch.”

The club will also continue to use the pitch in Bohernabreena that Mr Whelan is planning to purchase.

A spokesperson for Broadhaven said they could not comment on the issue, as the legal dispute is currently before the courts.