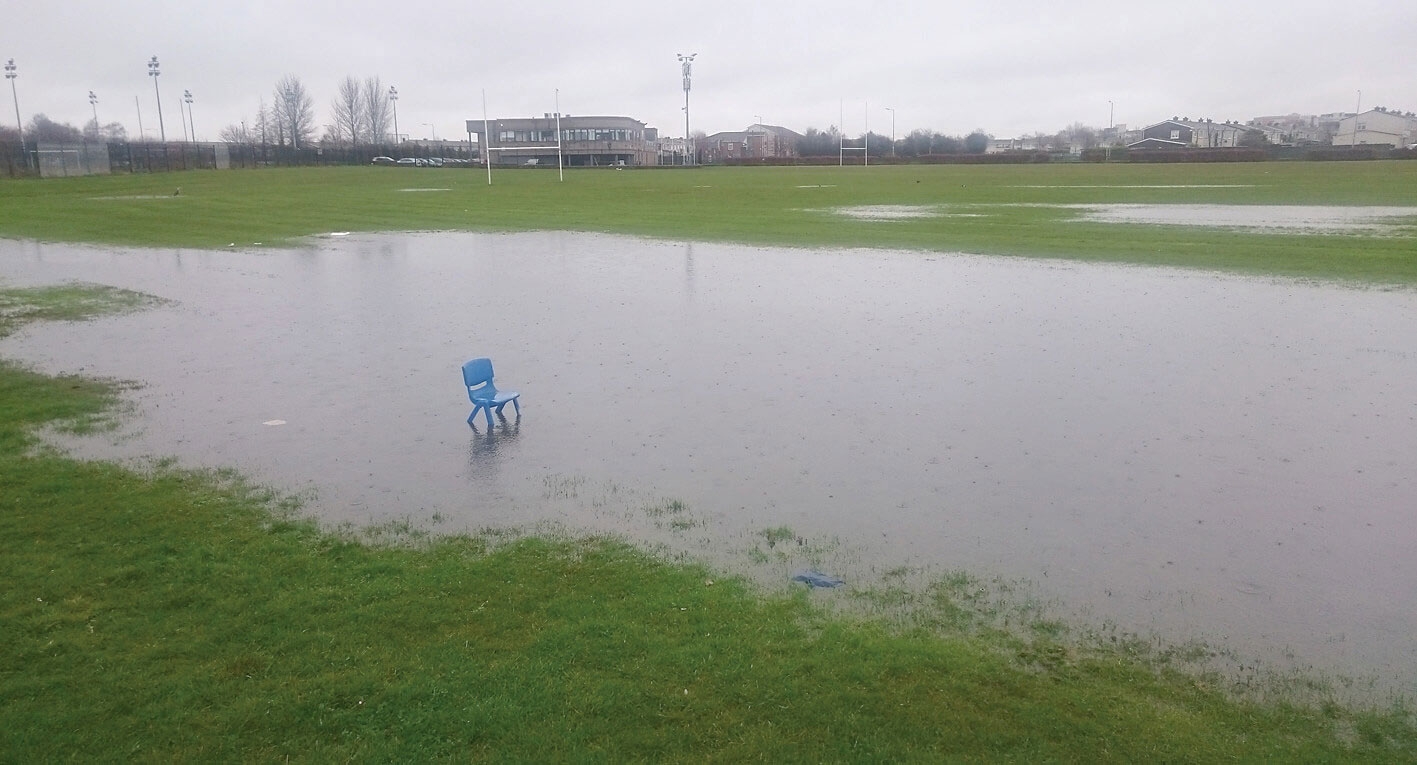 THE chairman of a local GAA club is calling on South Dublin County Council to carry out drainage works on the club’s pitches in McGee Park, which he has described as being in a “diabolical” state as they regularly become waterlogged following rainfall.

Patsy McCann, chairman of St Mark’s GAA Club in Tallaght, said that issues with the pitches being flooded have been ongoing for a number of years, and that last year the council told the club that money had been ringfenced for drainage works on the pitches.

The pitches flooded in McGee Park

That work has yet to be carried out, which is leading the club to have to use alternative pitches when they play matches as they cannot facilitate home games when the pitch is waterlogged.

Mr McCann told The Echo: “It’s unbelievable, the pitches are filled with water every time we get two days of rain.

“The pitches are diabolical, they’re unplayable.”

He added: “The council has never done any drainage work, they’ve come and done some remedial stuff which hasn’t made a difference.

“At the end of the day, they have the money there and they’re not spending it – they do nothing.”

A spokesperson for South Dublin County Council said: “The [drainage] work is underway, funding has been ringfenced within the council’s 2018-2020 Capital Budget.

“A topographical survey of Butler McGee Park took place in January of this year, water infiltration tests are being arranged with a view to the design and tender for the works in April/May.

“The work is planned to take place in the summer months. The current season is unsuitable for drainage works as ground conditions are too wet.”