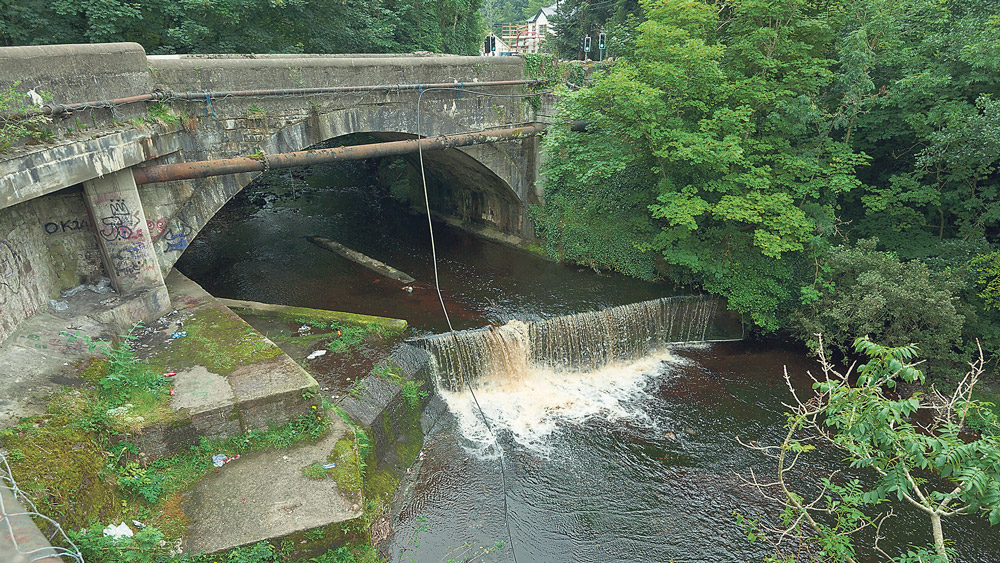 Safety measures have been put in place to discourage people from swimming at a dangerous location on the River Dodder in south Dublin following the death of a teenager by drowning two years ago, an inquest has heard.

Abdulgaffar Ganiyu (13) from Deerpark in Tallaght died after getting into difficulty while swimming with a group of friends in the river underneath Callaghan’s Bridge on Bohernabreena Road, Tallaght on August 9, 2020.

A sitting of Dublin District Coroner’s Court on Wednesday heard new spiked railings and a gate had been erected at the location where the group of teenagers got access to the riverbank.

Warning signs advising the public of dangerous currents in the river and that swimming at the location is unsafe have also been erected, while a ringbuoy stand has also been installed on the bridge.

Garda Adrian O’Sullivan of Tallaght garda station told the hearing that the location of the tragedy was not a known swimming location and there was no easy access to the site.

However, Garda O’Sullivan said the victim – who was known as “Gaffar” – and his friends had been able to get to a diving point under the bridge by climbing over a gate with relative ease.

At the time of the accident, he said there were no warning signs or lifebuoys. 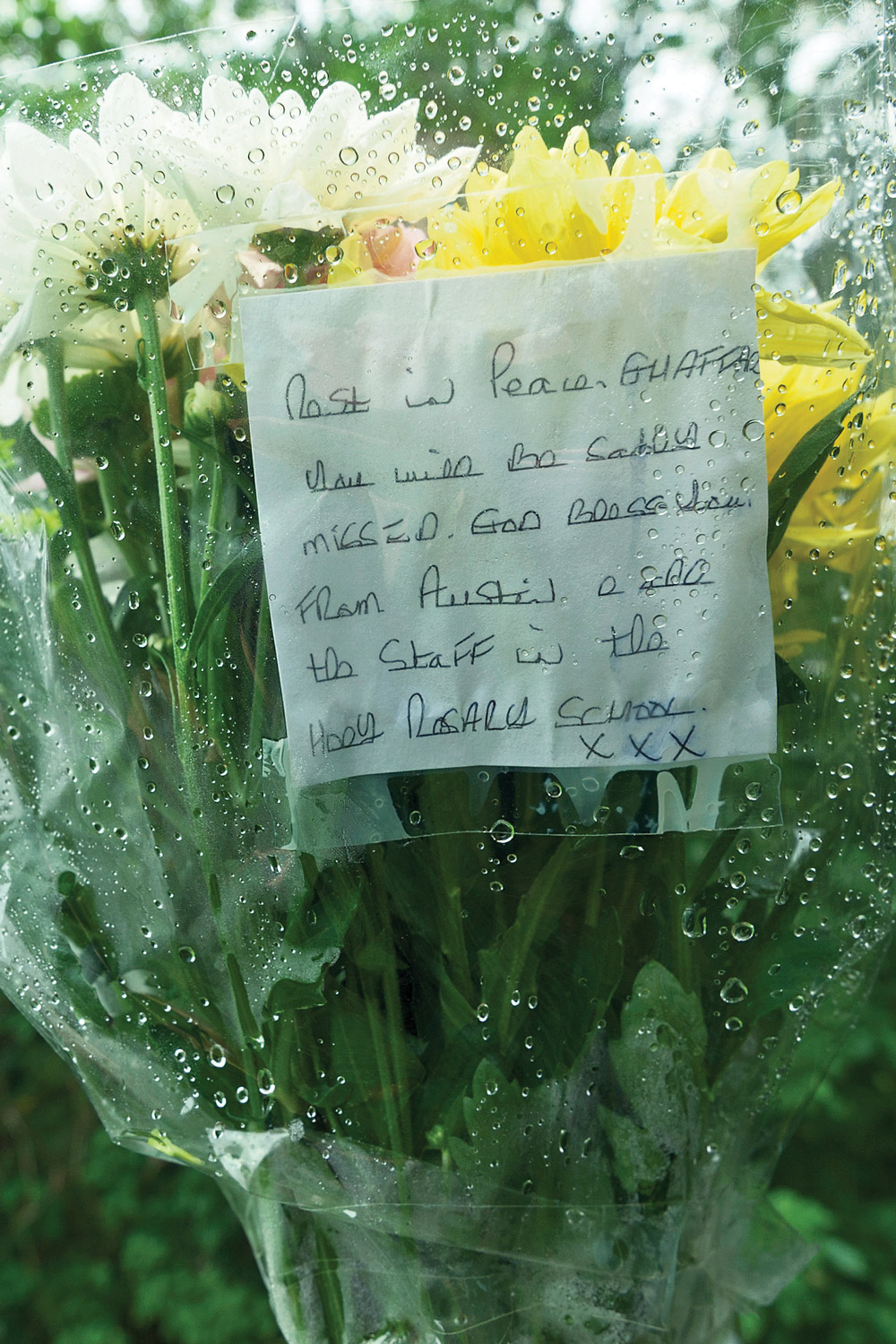 A bouquet of flowers left at the scene

The inquest heard that it was a location that would be passed by people who would be visiting the nearby Bohernabreena reservoir where swimming also took place although it was prohibited.

Garda O’Sullivan, who had been alerted to the incident by a 999 call, said the victim’s friends were in a state of shock when he arrived at the scene.

He said Gaffar appeared to have got into trouble straight away after jumping in the river but could not get back out of the water.

In a statement, one of the victim’s friends, who cannot be named as he is a minor, said they had walked to the area and decided to go swimming as it was a very dry day.

The boy, who was the first of the group to jump into the Dodder, said Gaffar started to panic immediately after he had dived into the river at around 4.30pm.

Although the witness told his friend not to worry, he said the victim had started pulling him down into the water in his panic when he went to help him. 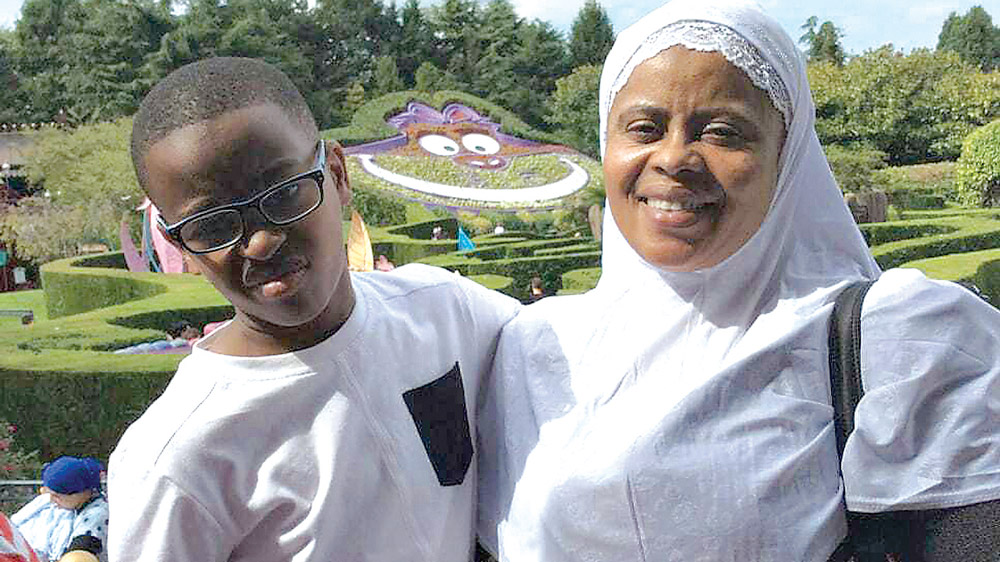 Gaffar pictured with his mother Fatima

He described how his friend had gone under the water in an area “like a waterfall.”

Another friend said a passer-by had come down with a stick to try and offer assistance.

A passing motorist, Ciara O’Brien, said she had stopped her car near the bridge after being flagged down by three boys.

Ms O’Brien told the inquest that they informed her that several other motorists had failed to stop to help them.

She said the boys had appeared “very distressed” as they explained their friend was drowning but she sensed he had already been in the water for a while.

The inquest heard evidence that paramedics who arrived on the scene found the victim lifeless after taking his body out of the river.

The coroner, Clare Keane, was also informed that Gaffar was not a strong swimmer and had been prohibited by his mother, Fatima, from swimming.

Dr Keane said post-mortem results on the victim’s body had shown “the classic findings” of a death by drowning.

Recording a verdict of accidental death, Dr Keane said she was pleased to hear that some measures had been taken to prevent people from swimming at the location.

The coroner observed that every summer there were tragedies of drownings recorded in reservoirs and locations like the scene of the tragedy which were more dangerous than swimming in saltwater.