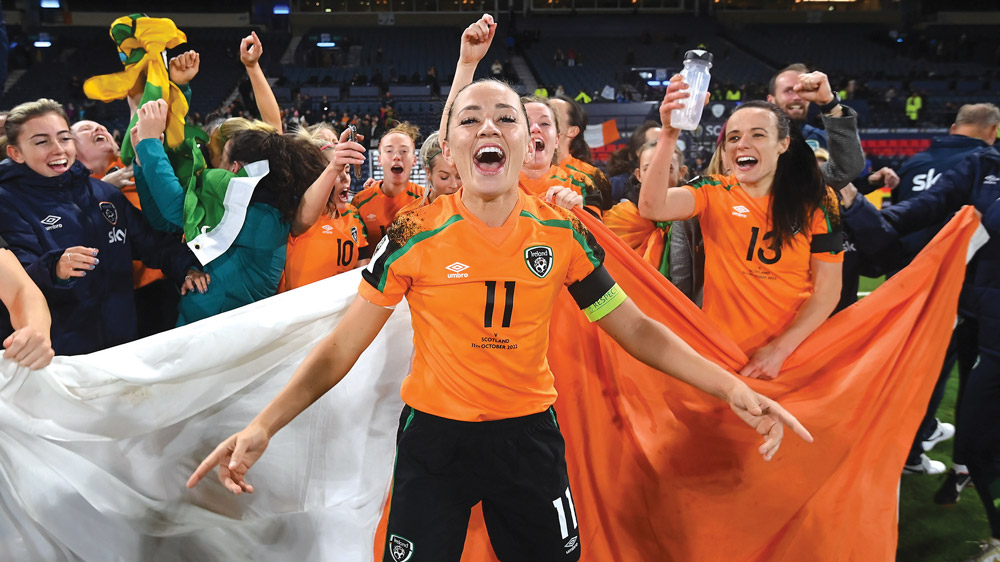 Former Peamount United striker Amber Barrett struck a 72nd minute goal at Hampden Park on Tuesday night as the Republic of Ireland Women’s National Team made history by securing qualification for next year’s World Cup finals with a 1-0 play-off victory over Scotland.

Delicately poised for much of the contest, Ireland dramatically squeezed in front with a superb finish from substitute Barrett.

A native of Donegal, her celebration in the aftermath of this game-changing strike was an emotional tribute to the 10 souls from Creeslough who tragically lost their lives last Friday.

This is a seismic achievement by this squad and will hopefully inspire a new generation of young soccer players throughout the island of Ireland.

Five years to the day that she was first named as captain, Kilnamanagh’s Katie McCabe once again led out Ireland for the biggest game of her international career to date.

There was also a first competitive start in 11 months for Peamount United captain Aine O’Gorman, who was selected in an advanced attacking role down the right-flank.

Ireland had looked set to suffer a major set-back when Niamh Fahey was adjudged to have handled a Martha Thomas strike onto the crossbar in the 12th-minute. 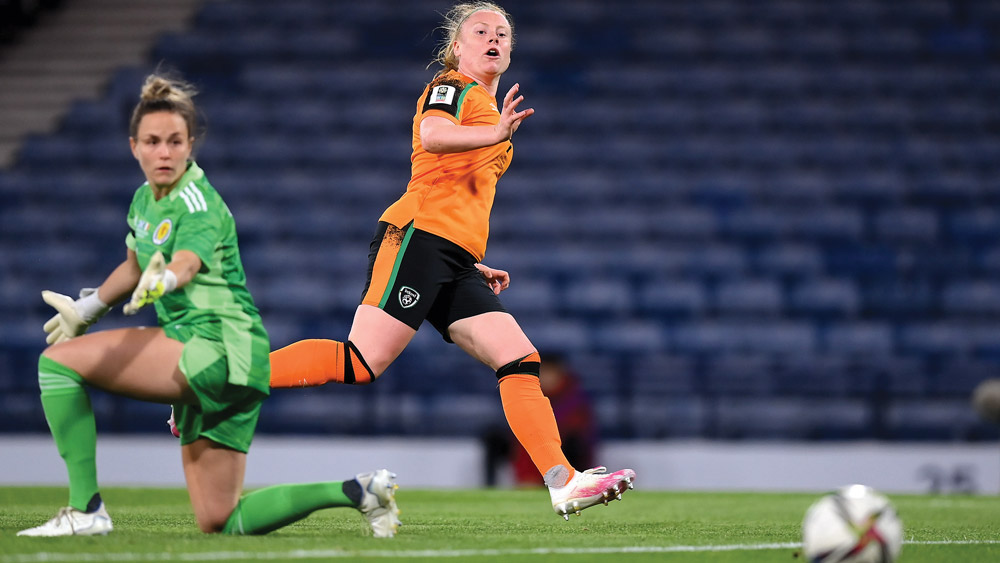 The relieved visitors had a glorious chance of their own to take the lead on 36 minutes when Aine O’Gorman headed over agonisingly off a McCabe cross from the left, before Fahey, Lily Agg and Diane Caldwell all went close from an extraordinary goalmouth in first-half stoppage-time.

Scoreless at the break, the Ireland players emerged for the second half knowing that results elsewhere meant a victory within 120 minutes would be enough to book a ticket to next year’s finals in Australia and New Zealand.

While Scotland were on top possession for much of the second half, Ireland’s sole replacement of the tie came up with the goods inside the final-quarter.

Racing onto a pass from Denise O’Sullivan – another ex-Peas player – Barrett skipped beyond the retreating Scotland defence and displayed great composure in poking the ball into the bottom right-hand corner.

It was expected that Scotland would pile on the pressure in the closing moments, but Ireland dealt with everything that was thrown at them and ultimately booked their flight to the southern hemisphere in 2023.