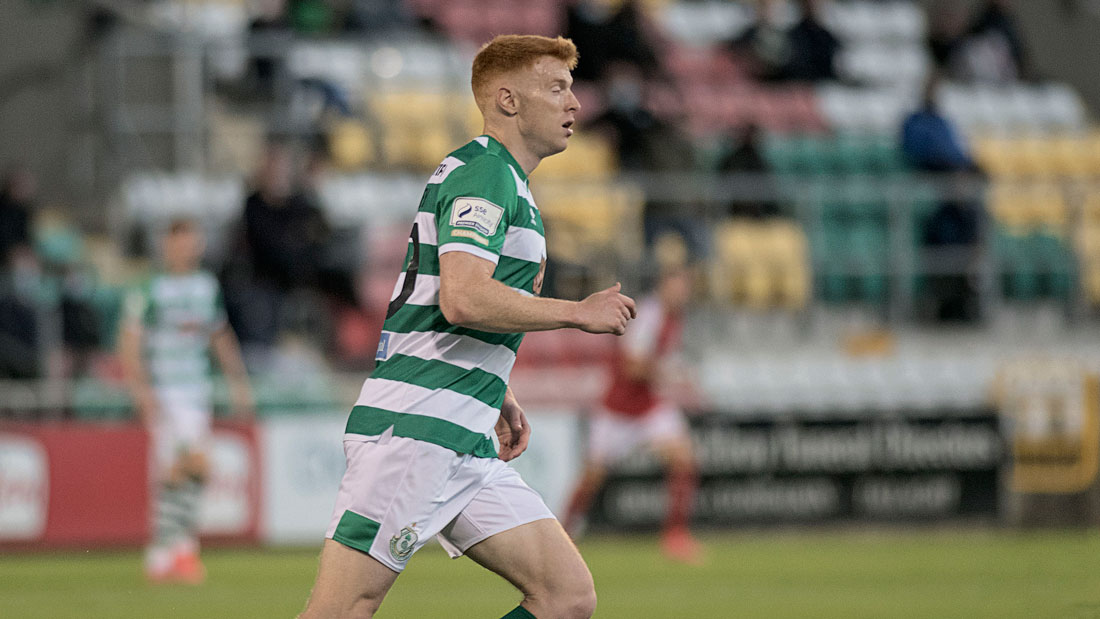 Gaffney goal the key in Rovers win over the Saints

Having lost by the same margin to the Saints at Richmond Park on March 4, the Hoops gained revenge on their Dublin rivals courtesy of a key contribution from the former Salford City striker. This was also an important result for Stephen Bradley’s men in terms of the title race.

With league leaders Derry City losing for the first time this season at home to Shelbourne, the Hoops – who are searching for a third consecutive league crown – are just three points adrift of Ruaidhri Higgins’ side in second place. On the other hand, this loss comes as a set-back to Pat’s, with Dundalk now leapfrogging them into third spot.

Rovers were aiming for their second Dublin Derby triumph in the space of seven days, following their dramatic 2-1 win at the expense of Shelbourne last Friday. Pat’s played out a scoreless draw with Dundalk on the same evening and their latest top-flight outing was also expected to be a tight affair.

In fact, chances were few and far between throughout the opening period with Jason McClelland’s ambitious attempt from distance for the Saints being the first real effort of the contest. Gaffney, Danny Mandroiu and Jack Byrne were linking up to good effect in the Rovers attack, but Pat’s were posing a threat of their own in the final-third.

Billy King was denied by a fine Alan Mannus save, while Hoops defensive duo Lee Grace and Roberto Lopes got in the way of a Darragh Burns strike late in the half.

Neither side were giving an inch, but it was Rovers who ultimately broke the deadlock six minutes after the resumption. From a Mandroiu delivery on the right-wing, Gaffney headed home in clinical fashion.

Given the magnitude of the fixture – and the way it was developing – this was always likely to be the pivotal moment in the action. Although the visitors introduced Tunde Owolabi, Ronan Coughlan and Mark Doyle off the bench, the Hoops were able to call upon Kilnamanagh’s Aaron Greene, Neil Farrugia, Dylan Watts and Sean Gannon.

Thanks to their know-how and experience, the hosts were able to see the game out.

NEWER POSTUPDATE: Man arrested after €1.75 million worth of cocaine seized in Clondalkin
OLDER POSTMcCabe plays her part in Docherty Cup win for Ireland