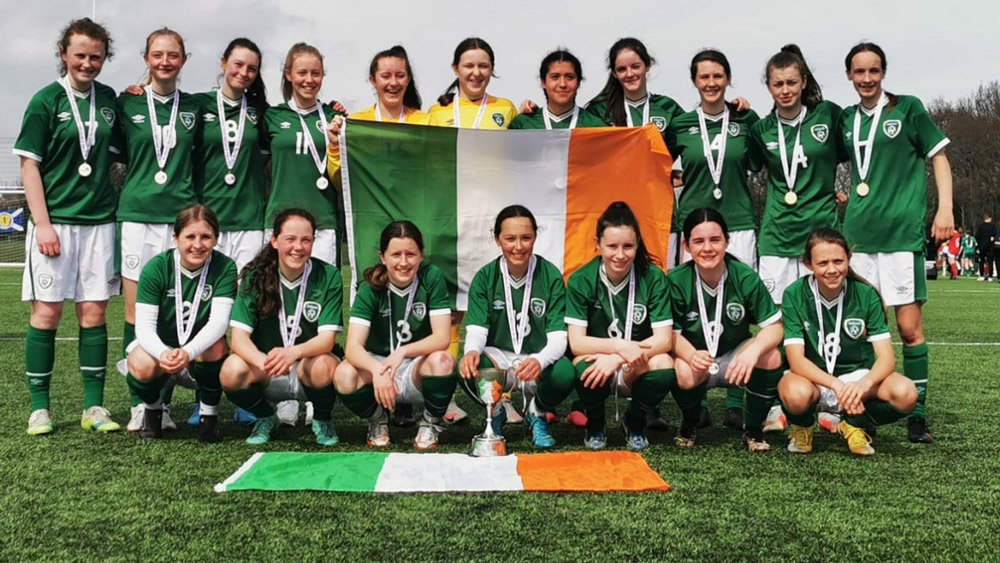 McCabe plays her part in Docherty Cup win for Ireland

Having beaten England 4-1 and Northern Ireland 4-3 earlier in the competition, the Republic were left facing a strong physical Scottish side for the prize and emerged 1-0 winners.

McCabe, a sister of Republic of Ireland senior team captain, Katie McCabe, won the free kick that crucially brought about the decisive goal on the hour mark – Kiera Sena whipping in the resulting set-piece for captain, Hannah Healy to nod home.

In a match that ebbed and flowed with opportunities falling both ways, Richard Berekey’s outfit went close to taking the lead after chances fell to Orlaith Doherty and Healy.

McCabe had drawn a foul prior to the goal, but the Scottish netminder was able cut out Sena’s wicked delivery on that occasion.

Scotland did press heavily after falling behind, winning a number of free kicks in threatening areas, but Ireland held out for the victory and , with it, their third straight tournament win having lifted the Cup back in 2018 and 2019, with no competition run over the following two years because of Covid restrictions.