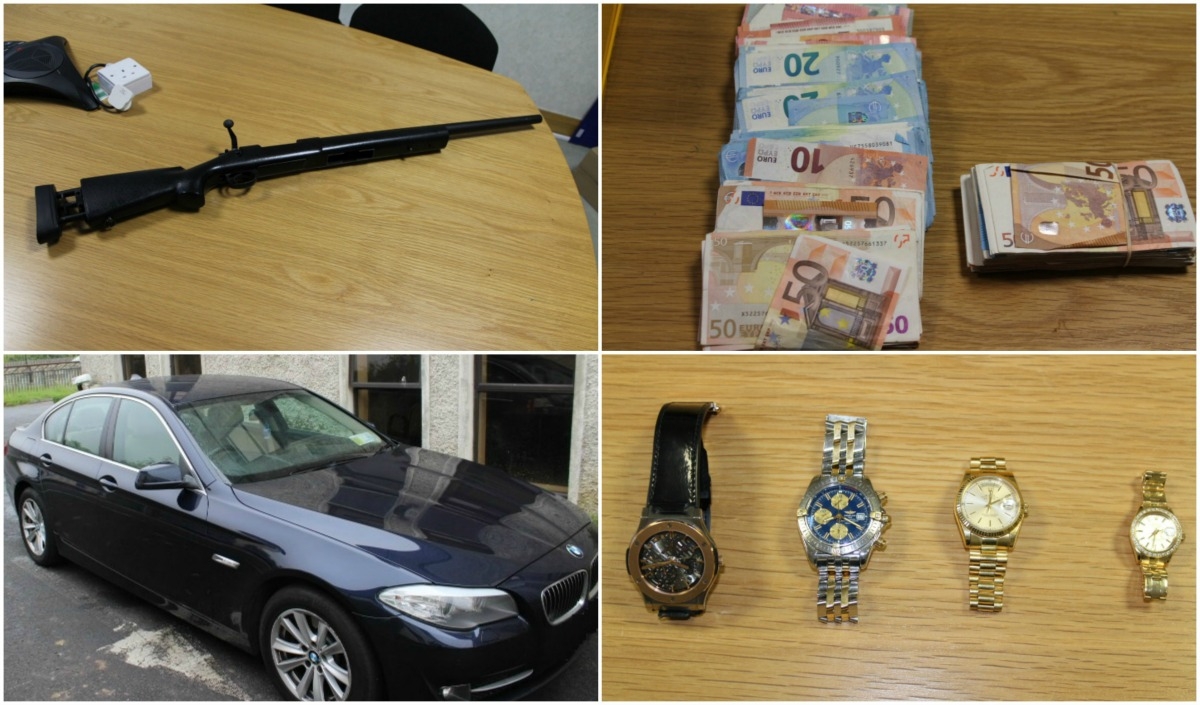 Gardai searched a number of properties in Tallaght, Clondalkin and Lucan yesterday and seized cash, vehicles, jewellery and a bolt action pellet gun.

The searches were part of ongoing investigations into recent organised crime in the Dublin area.

Items seized by Gardai during the searches

In a statement released to Echo.ie this afternoon, a Garda spokesperson said: “As part of ongoing investigations into recent organised criminal activity in the Dublin West area, Gardaí from the Criminal Assets Bureau yesterday searched a number of properties in the Ronanstown, Clondalkin, Lucan and Tallaght areas.

“During the course of these searches cash totalling €18,000, two vehicles (a car and a van), three watches and a bolt action pellet gun were seized.

“No arrests have been made and investigations are continuing.”