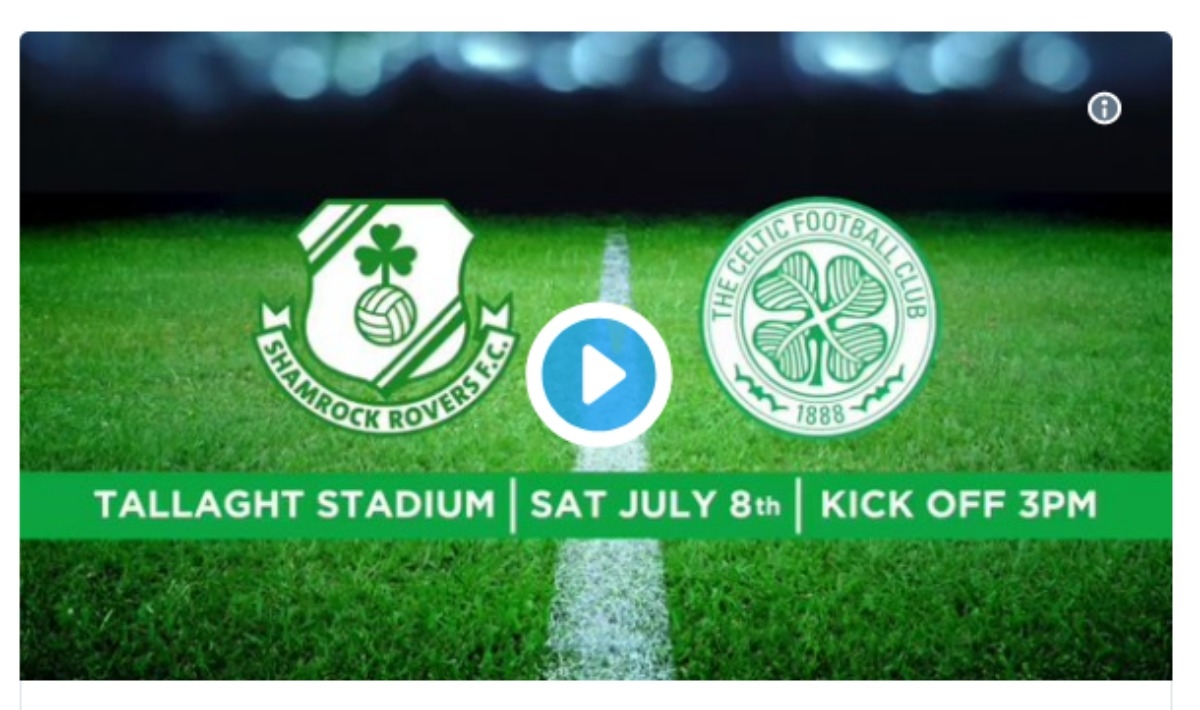 Shamrock Rovers will welcome treble winners Celtic to Tallaght Stadium on Saturday July 8th as part of preparation for the Hoops’ Champions League qualifier next season.

Having already announced a pre-season game against Premier League side Burnley, securing the visit of Celtic is another coup for Stephen Bradley’s side.

In the build up to the game Celtic manager Brendan Rodgers said that he is very much looking forward to the tie, and that along with his staff he identified this fixture as a key part of the build up to the new season and their Champions Legaue qualifying rounds.

Rodgers said: “We’re looking forward to going over and taking Celtic to our great supporters in Ireland and it’s a good point in the season to get some pre-season sharpness”.

“We’ll have a strong team there, we are not sending a Celtic XI or a reserve team, we are bringing the strongest squad that we have.

“It will be all the first team squad, players and management.”