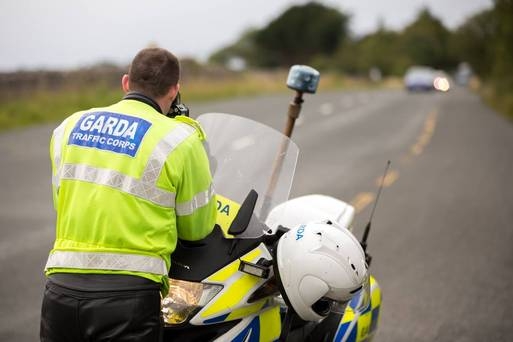 The Road Safety Authority and An Garda Síochána have issued a road safety appeal for the May Bank Holiday weekend, with drivers reminded to reduce speed.

Alongside issuing a safety message to all road users, a special emphasis has been placed on motorcyclists – with parents also being reminded to keep children off quads and scramblers.

According to figures released, 32 serious injury collisions and 12 deaths happened on Irish roads over the May Bank Holiday weekend between 2014 and 2018.

In the appeal, the RSA and gardai also target motorcyclists after research shows that bikers’ speeding was a factor in half of fatal motorcyclist collisions.

Chief Executive of the RSA, Moyagh Murdock said: “Motorcyclists account for approximately 12 per cent of road deaths on average each year, but motorcycles represent less than 2 per cent of the vehicle fleet in Ireland.

Last year, there were 15 motorcyclist deaths on Irish roads – six of which were single vehicle collisions.

“My message to these riders is to ease off the throttle and stick within the speed limits,” pressed Ms Murdock.

“Ordinary drivers need to be aware of motorcyclists, particularly in their blind spots, when turning, overtaking and at junctions.

“All road users must share the road safely and give space to others, particularly vulnerable road users – motorcyclists, cyclists and pedestrians.”

A safety message has also been issued to parents, who are being reminded not to put scramblers or quadbikes in the hands of children.

A consultant from the National Spinal Injuries Unit in the Mater Hospital, Keith Synott, emphasised the danger of these vehicles: “Quad bikes and scramblers are not toys, they are heavy, dangerous pieces of machinery that can cause life changing injuries or death.

“Riders risk spinal injury following a collision on a quad bike or scrambler.
“Impacts often happen on areas of uneven ground or as a result of unstable vehicles, especially in the hands of children, leading to people falling and landing awkwardly or the vehicle landing on the rider.”

As part of their #StopSipSleep campaign, the RSA have issued steps that drivers should take to reduce fatigue over the weekend with a short video on Twitter – which can be seen HERE.