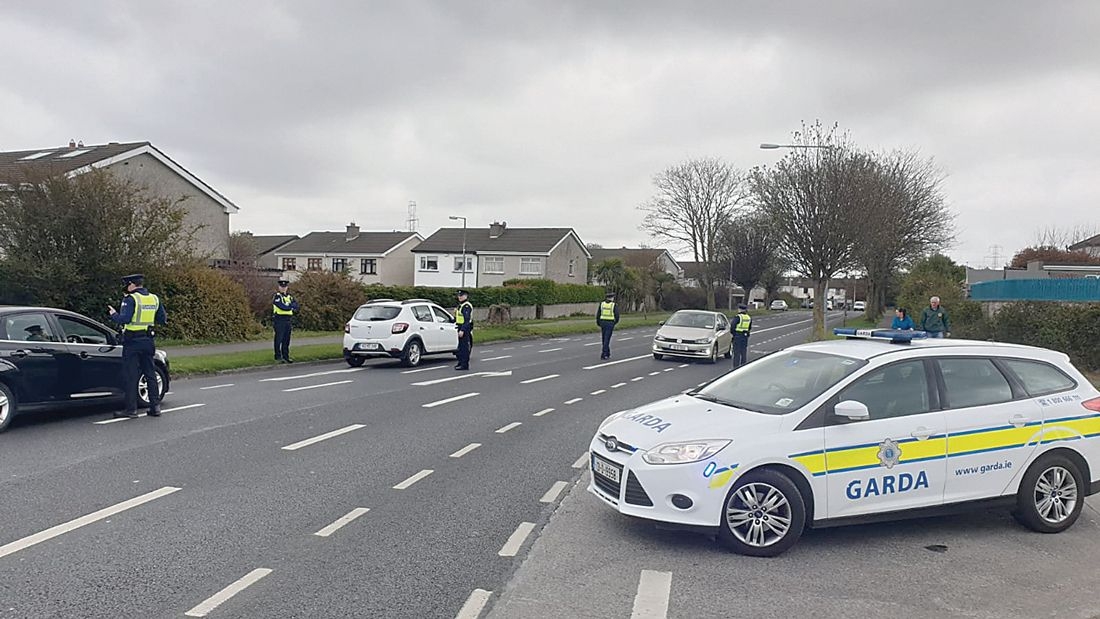 Gardai are engaged in 24-hour checkpoints

GARDAI in the Tallaght district have been engaged in 24-hour patrols and checkpoints in recent days, alongside continuing to support those most vulnerable and isolated in local communities.

Some 80 per cent of officers in the Tallaght district, which includes Tallaght and Rathfarnham, are now out on patrol duties – with an element assigned directly to community support.

Gardai at a checkpoint at Mayberry Road in Kilnamanagh

The district received three dedicated community support vehicles, which are involved in connecting with those most vulnerable in our communities – and delivering essentials and reassurance.

Speaking with The Echo this week, Tallaght district Superintendent Ian Lackey thanked the community for adhering to the new measures introduced by the Government last week .

However, he said that there are still a number of people not following Government guidelines.

“We’d like to thank people for co-operating and abiding by the guidelines but we have noticed there’s still a number of people out and about on the roads for non-essential journeys”, Supt Lackey said.

“There’s alot of people still going out for drives and non-essential shopping trips.

“Ask yourself ‘Is this an essential journey?’ before you leave the house.”

Supt Lackey told The Echo that gardai are out 24 hours a day doing patrols and checkpoints.

“Staff who would have been office-based and involved in other services are now out and about on patrol duties and check points.

Alongside additional patrols and regular duties, local gardai are also investing time into supporting the community through these uncertain times.

“If people are in need or know somebody who is particularly vulnerable or an elderly person isolated, give us a call”, Supt Lackey said.

Supt Lackey wished to thank the community for its ongoing support.