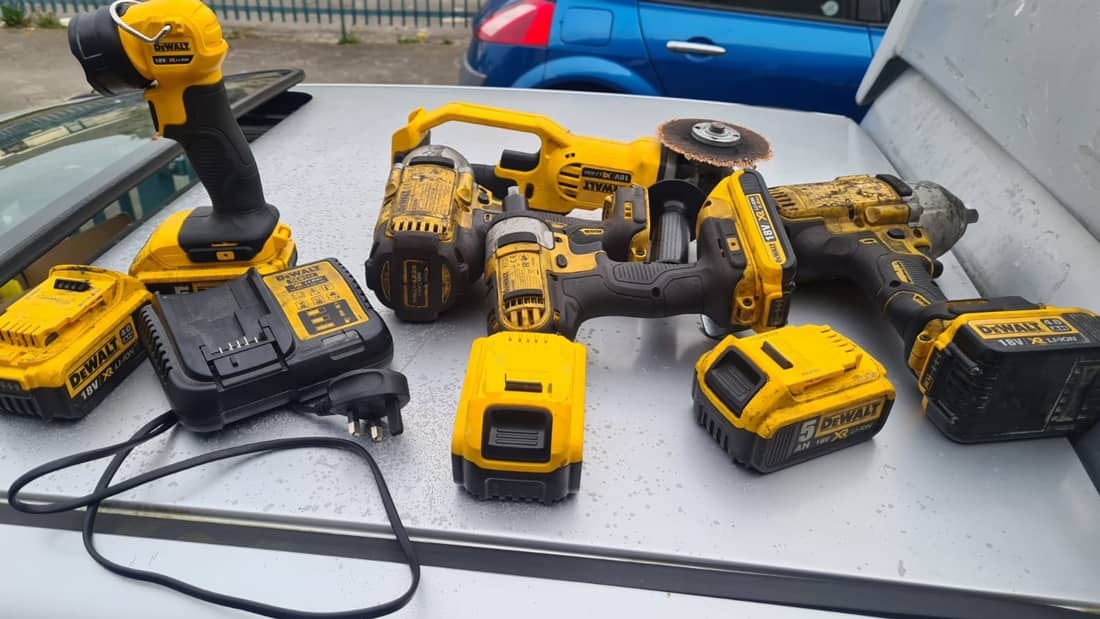 Gardaí in Mayo have arrested two men in Tallaght and recovered a quantity of property which is believed to have been stolen on August 1 in Aghamore, Ballyhaunis.

A motorcycle and a quantity of power tools were stolen from a property at Aghamore on August 1,2020.

Gardaí in Claremorris launched an investigation into the matter and as a result of extensive enquiries and the viewing of CCTV footage two suspects were identified in the Tallaght area of Dublin.

Warrants were obtained under Section 48 of the Criminal Justice Theft and Fraud Offences Act 2001 at a number of properties in Tallaght by Gardaí from Claremorris District with the assistance of Gardaí from Tallaght.

During the course of these searches, a number of power tools were recovered. Among the items located were tools which are believed to have been stolen from Aghamore in August.

Enquiries are ongoing in relation to the other property recovered.

Two men, one in his mid-20s and another in his early 30s, were arrested in Tallaght on Friday September 4.

Both men were subsequently charged in connection with burglary at Aghamore and are to appear before Castlebar District Court on September 16, 2020.

An Garda Síochána reminds the public to be vigilant and if anyone notices suspicious activity to report this activity to their local Garda Station or the Garda Confidential Line 1800 666 111.

NEWER POSTCoronavirus: One death and 211 new cases
OLDER POSTO’Callaghan looks back on the days of promise for Dublin senior hurling